While the debate about whether or not Indie titles should count in inane list wars rages on around the internet, the PS4 has continued to pump out downloadable titles in an otherwise slower season for video game releases. The latest such game to release is Octodad: Dadliest Catch, which was previously only released for PC. The idea of playing as an octopus trying to haphazardly imitate a human is certainly intriguing, but does it have lasting appeal? 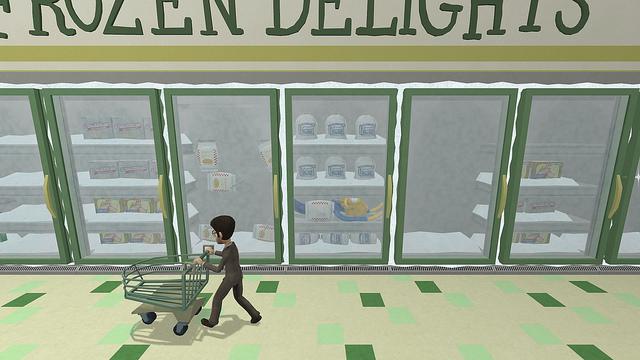 Octodad is a curious creature. He has managed to marry the love of his life and father two relatively well-rounded children, all while being an octopus quite obviously pretending to be a person. It's fun to interact with the family as they effortlessly decipher Octodad's barely comprehensible noises into meaningful speech. There's even a somewhat intriguing story about family acceptance, and though it doesn't really carry much in the way of emotional impact, if you come into the game merely expecting to chuckle a bit then you'll probably be pretty satisfied. Beyond the story, Dadliest Catch is presented in a very simple style, but the main characters still manage to be expressive thanks largely to well performed voice acting.

Pretending to be a person is a pretty tall order as an octopus, and Octodad: Dadliest Catch's control system perfectly conveys this struggle. Merely walking requires serious effort, with L2 and R2 assigned to each leg and every movement bringing with it a sense of momentum that makes precision practically impossible. If you aren't pressing a button for either of your legs then you control your right arm by default with dual analog controls, allowing you to move freely in all three dimensions. Even after playing for two and a half hours I still couldn't accurately control Octodad's movement, which is fully intentional on the part of the controls. 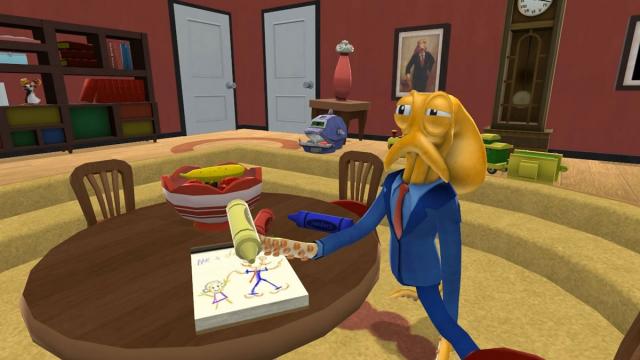 The goal of every level is to accomplish certain normally mundane, everyday challenges (like finding milk in a grocery store, or mowing the lawn while wrestling with your crazy controls) whilst doing your best to not let those around you discover your true identity. Every time you knock over an aquarium display or slip on an unfortunately placed banana peel while in an NPC's field of view, you'll make people that little bit more suspicious; each time this happens a meter is gradually filled which will result in you failing the challenge if filled completely. Surprisingly this design works well for the most part - so long as you go in with the right expectations - but it breaks down at two major points. The first of these is when you are required to be precise within a time limit, which comes up later in the game, and second is when the control system is eschewed for something more naturally octopus-like. The former becomes more frustrating than fun and the latter is so simple as to be boring.

I mentioned earlier that it took me two and a half hours to complete the game, which is really not great for a $15 game. Collectible ties provide a small incentive to return, but the most meaningful addition comes in the form of multiplayer, which offers an interesting twist on cooperative multiplayer where different players take control of Octodad's different limbs. You can also set it so that after each challenge is completed the limb assignments switch at random. It's pretty hilarious, but your mileage will vary based on how amusing your friends find it. 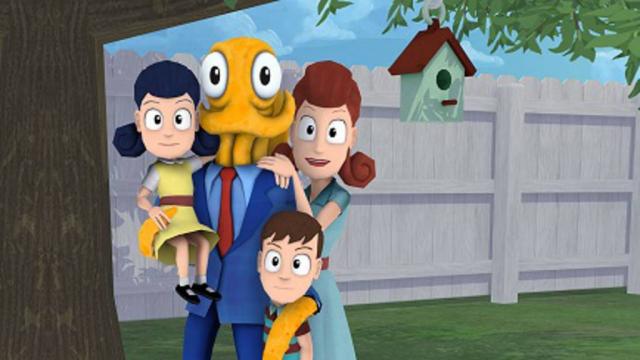 Octodad: Dadliest Catch is a fun and unique concept that doesn't quite make for a great game. There are sections where the gameplay eschews what makes the core game so good by either requiring too much precision or by becoming so simple that it becomes dull. Compound this with a title that lacks value and a story which isn't as engaging as one might have hoped it would be and you could be forgiven for feeling underwhelmed by Dadliest Catch. Even with all that said, however, I don't regret my purchase; if nothing else the IP represents an interesting attempt to turn a brilliant tech demo into a full game and it's certainly unlike anything I've ever played before.

This review is based on a copy of Octodad: Dadliest Catch for the PS4