A few months ago, I wrote about Concursion, which I'd spotted at the Eurogamer Rezzed Expo. It's a game that combines different genres from yesteryear into one, to such an extent that while playing the game you’ll consistently be on your toes as the gameplay can change at any moment. This sounds like a good idea in theory, but Concursion falls foul of its own lofty ambition due to a child-like art style, less than ideal controls, and a collision detection system that’ll drive you nuts. 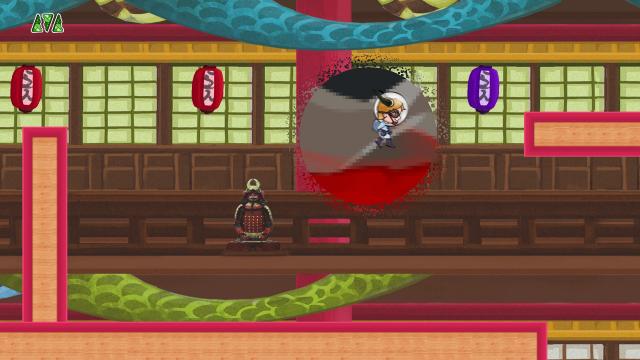 Concursion tells the story of a princess stolen by a crocodile king. This causes some emeralds to smash, sending the kingdom into disarray and rips to form in time and space. Enter our hero, draped in red and adorning horns; it's his quest to save the princess and the emeralds, and to put the kingdom back together again. This trope has been done time and time again, which isn’t a bad thing per se, as it’s a tried and tested formula, but the characters are ill thought-through and little effort seems to have been put into designing them to fit in with the game world.

It's a world that comprises five different dimensions/genres, each of which has its own art style. First up there are traditional platformer stages, which have you playing as a red armoured knight that can sprint and jump. The second genre is a space shooter where you play as a space ship that has to shoot down enemies. Thirdly, there's are arcade/pacman-styled sections, where you play from a top-down perspective and have to collect pellets to open doors. The fourth gameplay style involves working with/against gravity; you play as a pilot who is constantly falling and has to be kept afloat with a jetpack. Finally, the action genre is represented by sections where you play as a ninja who slices through enemies. All five genres intersect with one another throughout levels, making for some varied and original sequences. 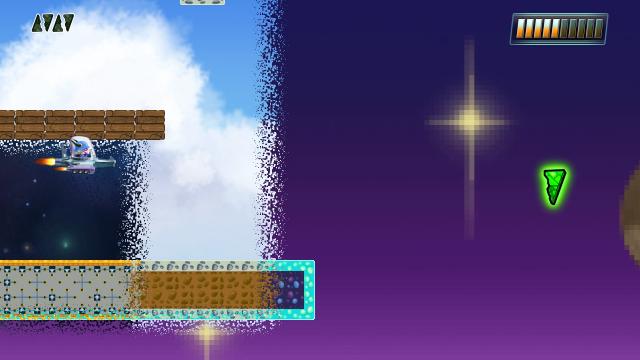 The level design is easily one of the better parts of Concursion, with levels consistently surprising in what they require you to do as a player. I was constantly tested and pushed to improve. Different rips in time/space move through the levels, meaning that to overcome some challenges you have to switch players and genres, making for a challenging and sometimes confusing experience. It’s great when it works, making you praise the developers for their intelligence in design, and it also feels rewarding as a player to realise a new way to overcome an obstacle; something that can be rarely be said in today's video game climate.

Each level also incorporates collectibles to keep players coming back time and time again. Not only does each level come with 3-5 shards of emeralds hidden within it, it also comes with a time trial, which challenges you to find the most efficient route possible. However, I found that most of the time I was able to find shards without trying, and could usually easily beat the time limit imposed on each level, but this is definitely something that becomes harder as the game goes on. 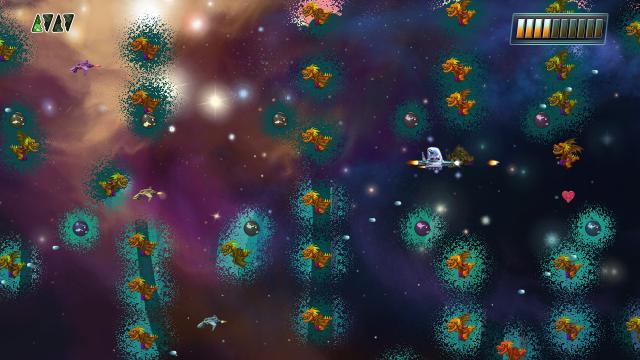 Unfortunately, Concursion's controls are anything but concise and consistent. There are many occasions where you have no leeway between victory and a quick death; time and time again I would feel as though I was dying not because of my own mistakes but because of the game's design. Take Super Meat Boy for instance. That game feels absolutely fantastic to control, with each movement on the joystick translating perfectly to movement on the screen, meaning that if you make a mistake and die you have only yourself to blame. Concursion doesn’t feel like that; you’ll feel frustrated, but not in the good way of wanting to press on and beat the level, but in the way of wanting to give up and not play the game again.

Concursion isn’t by any means a bad game; it has some fantastic ideas that at times are well orchestrated. But the lack of polish, along with a control scheme that feels inconsistent, makes Consursion just as irritating as it is intelligent. For a first game and as a technical showcase, Puuba should pat themselves on the back, but for a game that is trying to break into a very crowded market, Concursion falls short.

This review is based on a digital copy of Concursion for the PC, provided by the publisher.