Yoshi's Woolly World oozes charm. The platformer formerly known as Yarn Yoshi had its coming out party this year and is the artistic follow up to 2010’s Kirby’s Epic Yarn for the Wii. It’s now Yoshi’s turn to enter the fleece realm and the lovable dinosaur has pulled the wool over my eyes… in a good way. 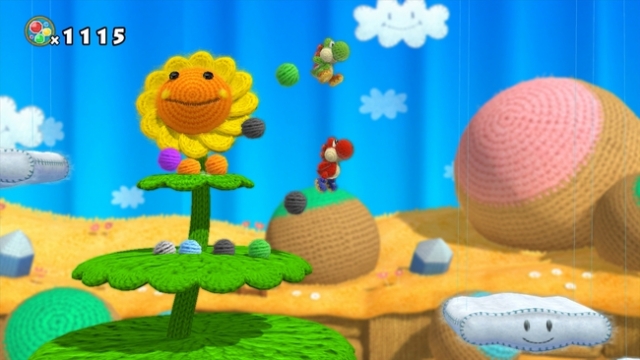 I got to play through a few levels in co-op with another player, who happened to be a Yoshi’s Island series veteran. With our collective experience, we rushed through several levels of the game, taking out multiple enemies and unlocking most of the game's secrets. Much like past titles, exploring each level will reward you with various collectibles. Yoshi's Woolly World brings back series staples such as the jump orb and the flying question mark clouds. A big part of the game's enjoyment is scouring the world to find these hidden goodies.

Developer Good Feel showed the world what yarn could do in Kirby's Epic Yarn. Now they've shown us how great yarn can look in HD. Most of the world is made entirely of yarn, including Yoshi himself and the eggs he lays. Those "eggs" are actually balls of yarn in Woolly World, which, when thrown at an enemy, will unravel and wrap them up. Also throwable is your co-op partner, who you can swallow and then toss. This is not only hilarious, but also serves as a viable option for clearing obstacles. 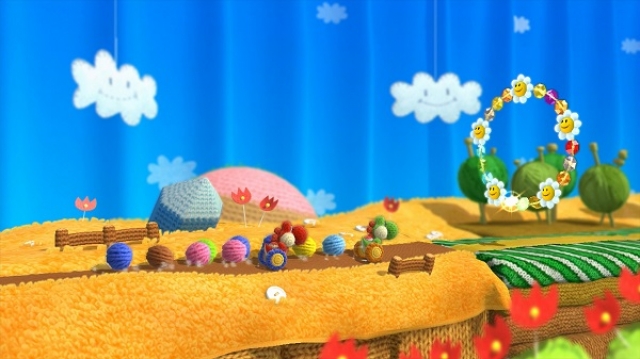 Yoshi's Woolly World looks good in screenshots but really shines in motion. The world builds up as you progress through the game. Unlockable secret paths build up into existence or unravel as Yoshi discovers them. Enemies become entangled when Yoshi's tongue grabs them and forces them into Yoshi's (presumably yarn-filled) stomach. Yoshi's little legs turn into wildly spinning strands of yarn during his effort-filled flutter jumps. While the game plays like a traditional Yoshi's Island title, the yarn art style is very different and adds onto the feelings of joy and happiness that this series has become known for.

Yoshi's Woolly World is very clearly pretty and heart-warming, but it's also nailing the Yoshi's Island series' staples. Come the first half of 2015, we'll get to see Yoshi spin a yarn in his woolly new world.