Review - Cult of the Lamb (NS)

I really enjoyed my time with The Order: 1886, Ready at Dawn’s PS4 exclusive supernatural steampunk showcase. The gunplay is tight and responsive, the graphics are an impressive technical achievement, the art design is simply stunning, and I even enjoyed the much-ballyhooed reliance on quick-time events (QTEs).

At least, I did enjoy my time, until it became clear that the game was commencing its final moments and was nowhere close to wrapping up its main conflicts, character arcs, or really the story it was trying to tell at all. Indeed, my heart sank as the credits rolled and my fears were confirmed. This disappointment applies to the entirety of The Order: 1886; a game with absolutely wonderful core concepts and a solid foundation, but which comes undone by a failure to follow through and deliver on its full potential.

The Order’s most memorable aspect is its setting. Taking place in alternate universe 1886 London, you play as Sir Galahad - a Knight in the Order of the Round Table, a group which has been serving the throne since the days of King Arthur. With the aid of a mysterious black fluid, the Knights are able to extend their lives well past that of any mortal man, with Galahad and other knights of the Order having lived for many centuries. In their service, members of the Order protect England from a variety of supernatural threats. Unfortunately, good is barely made on this promise, as the majority of the game will be spent pitted against human enemies.

Gameplay continues the tried and true cover-based shooter gameplay that’s been standard since the release of Gears of War in 2006. Combat feels solid, with weapons carrying a proper weight and “kick” that makes gunplay visceral and satisfying. Unfortunately, it’s all function over form, with The Order never electing to do anything truly interesting with its combat, with nearly every one of its combat scenarios being a simple shooting gallery.

Despite the anachronistic steampunk setting, weapons are your standard variation of rifles, machine guns, shotguns, sniper rifles, sidearms and grenades, all functioning the exact same way as they do in the shooters you’ve been playing for the last 10 years. The game makes brief flirtations with a Thermite rifle that burns its surroundings, and an Arc gun that takes out enemies in one hit, but these moments are few and far between. The Order’s gameplay is fun, but brings little new to the table.

The Order’s attempts to break up combat bring more mixed results. A handful of attempts at stealth are functional, but a snooze to play through. There are a few instances where the game will lock you in a room containing a bunch of boxes and three werewolves (no more, no less), who will charge at you one at a time, then run a way. This is repeated until you shoot them all dead and at that point you realize oh my god this was the most interesting thing the developers thought to do with werewolves in Steampunk London.

For many, the thing that will stand out most is The Order’s abundance of QTEs, which insert themselves into scripted brawls, contextual actions, and boss fights. To Ready at Dawn's credit, their implementation in The Order is more interesting than in most other titles. In some cases, failing a QTE will take the scene in another direction, increasing the stakes and drama as opposed to simply cutting to black and taking you back to a checkpoint. That said, the game isn’t clear which QTEs are like that, so my attempts to experiment with the system often did end in a black screen.

The Order has a few missteps, but none of them are in its visuals. Suffice to say, this is the best looking game ever made on a technical level, at least on home consoles. Granted, that’s a sliding scale, as the “best looking game ever” hits every couple of years or so, but The Order is truly a showcase for the power of the current generation of consoles. Coupled with its inspired take on 19th-century London, I was fully immersed in the world developer Ready at Dawn had crafted. If only the same care that had been applied to art and graphics technology had shifted its way towards the script - an exercise in cliche, dourness, and an ending that is shameless in its attempt to set up a sequel.

Finishing The Order: 1886 is like finding a rusty nail at the end of a fancy steak dinner. The meal was good, if a bit undercooked, but now your gums are bleeding, you need a tetanus shot, and you're wondering where your $60 went. If the game had simply been short - my playthrough running about 6 hours - it would have been fine (I’ve always been a “quality over quantity” kind of guy), and it’s well enough put together to be enjoyable, but to not even bother telling a complete story is more disappointing than any perceived design flaws.

With The Order: 1886, Ready at Dawn has created a compelling world, and one I’d be happy to return to if there ever were a sequel, but failed to populate it with an interesting story or engaging gameplay.

This review is based on a retail copy of The Order: 1886 for the PS4 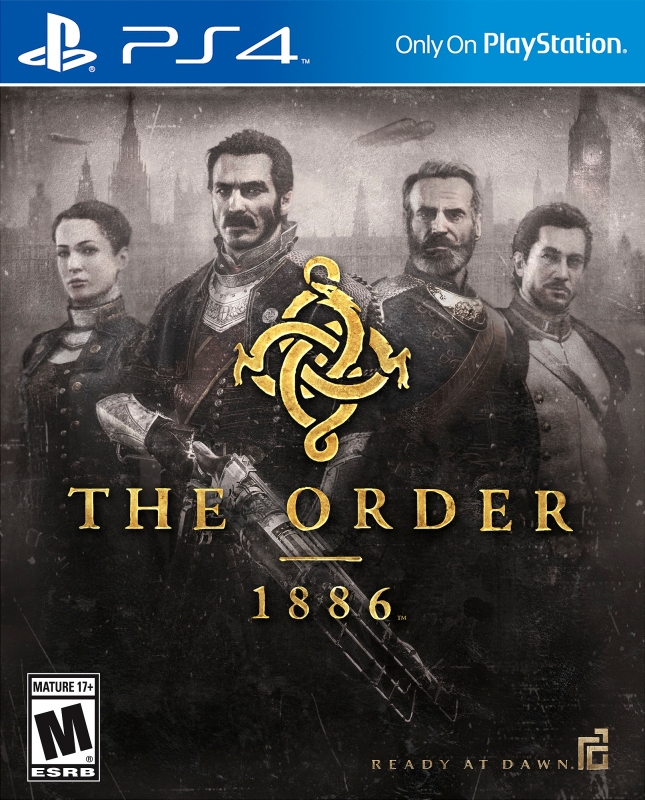