If you look up the word 'perfect' in the dictionary, you’ll come across something like the following:

“Exactly fitting the need in a certain situation or for a certain purpose.”

I can’t help but attribute this description to Ori and the Blind Forest's sublime art style, as well as its narrative. It is quite simply one of the most wonderful platformers I’ve ever experienced. The game as a whole is not perfect - it has its fair share of niggles in other areas, as all games do - but it is nonetheless as a shining example of what video games as a medium can achieve on an artistic level. 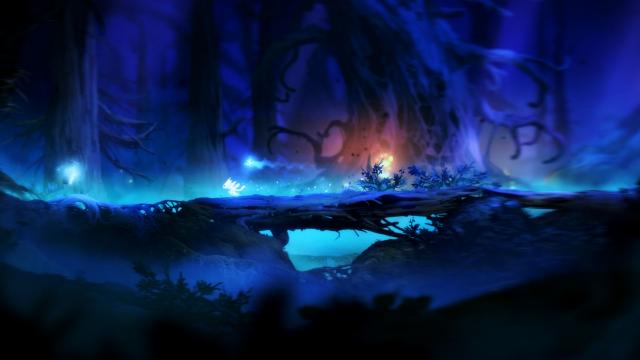 From the offset, Ori and the Blind Forest entices you to delve into a wonderful world filled with fantastical creatures. The beautiful art style almost blows your breath away on first glance, and a closer inspection does little to restore it; landscapes are lavish with detail, and every crevice of the game world has clearly received great love and personal detail. Moon Studios may have spent a long time making Ori, but boy does the polish and attention to detail shine through. The character animations are equally well-crafted, with every movement feeling natural and lifelike. From start to finish, Ori's world and characters never fail to impress.

Gaming isn’t all about its graphics or presentation, of course, and it's through the gameplay that you’ll start to see some small cracks appear. For the most part, the way you control Ori is absolutely fine, and anybody who's played a 2D platformer in recent years will be familiar with the controls from the offset. When it comes to attacking, however, the lavish particle effects produced by pressing X to fire at enemies feels overdone - you can’t even see enemy return fire at times.

This can cause frustration, and on more than one occasion I died through what I genuinely felt was no fault of my own. Coupled with the simplistic way in which you attack (you literally hammer the X button as much as possible), and you have a combat system that feels a touch lacklustre in comparison to the incredible presentation. 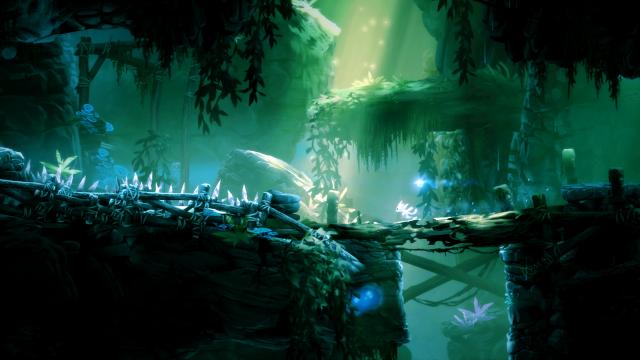 Ori and the Blind Forest is also quite simplistic narratively, but it is incredibly effective at making you feel pain and sorrow for the game's characters. There are six beautiful cut scenes scattered throughout the game, but most of the story is conveyed during the gameplay itself, with each new area you come across having its own storied past. The opening five minutes alone, which features almost no dialogue, sets up the world so perfectly that you'll almost certainly feel compelled to see the game through to its conclusion.

The game world is large, but you’ll still have to retrace your steps through certain central areas multiple times. This is due to Ori’s Metroidvania style of play, where the abilities you acquire in the latter parts of the game can be used again in starting locations to allow you to reach secret locations. The Metroidvania system itself works well, and it also helps ensure that you don't become overpowered later on down the line.

While this does mean a fair bit of backtracking - a pretty large chunk of my six hour playthrough was spent simply retracing my steps - I was actually happy to do so in Ori because the lavish level design is well worth experiencing more than once and stages become beautifully complex. Do be warned, however, that there are sections of the game that cannot be returned to due to story instances, so if you’re a completionist or want to explore the entire game world be sure to collect everything from each area before moving on. 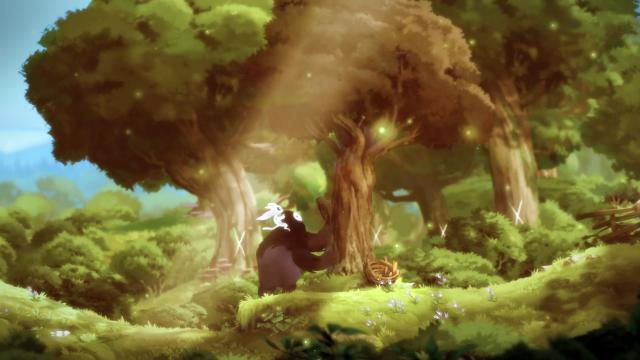 Traversing across stages is a sublime experience, with each level having been designed in such a way that it makes great use of all of Ori’s skills. Ori starts off with just the ability to jump and attack, both of which a fairly standard moves and so don't allow you to reach many new or exciting areas. As you progress, however, you’ll come across totems. These totems are the graves of Ori's relatives and essentially allow you to acquire new abilities.

Abilities range from more powerful attacks (which will destroy terrain hampering your progress), to new ways to traverse (like double jumping, wall jumping, and a fantastic ability called dash). The dash ability is probably the most unique of all abilities found in the game, allowing Ori to use enemy projectiles (or even the enemies themselves) to traverse huge distances across the screen, or to deflect their projectiles back at them. It also adds a risk/reward aspect to traversing the world, because if you press the Y button at the wrong time you’ll be hit by the enemy. 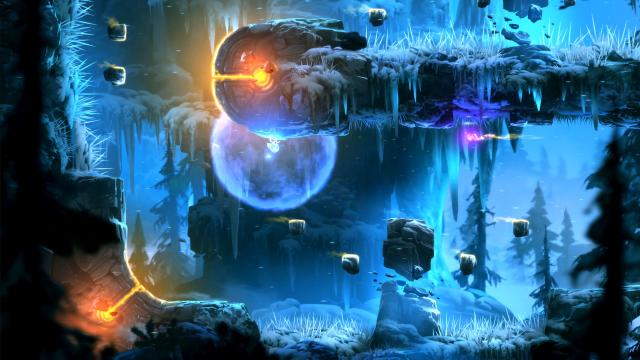 You probably won’t be surprised to learn that Ori and the Blind Forest has a fantastic soundtrack to accompany its beautiful visual presentation. Each level has its own unique audio feel, with deep, symphonic orchestras playing along to your every jump and attack, making the game feel truly epic. Add to this the amazing musical set pieces that are played during cinematics and you have an emotional ride that beautifully combinations both sound and art.

Ori and the Blind Forest is the sort of game that comes along only once every few years. It is a rare gem that truly shows the potential for games as a medium, with a story that is simplistic on the surface but deep enough underneath to stick with you long after completion, and an overwhelmingly beautiful art style that truly is a delight to view. A few niggles here and there when it comes to combat doesn’t stop Ori from being one of the best games I’ve played in years, and I highly recommend it to everyone.

This review is based on a digital copy of Ori and the Blind Forest for the PC, provided by the publisher. 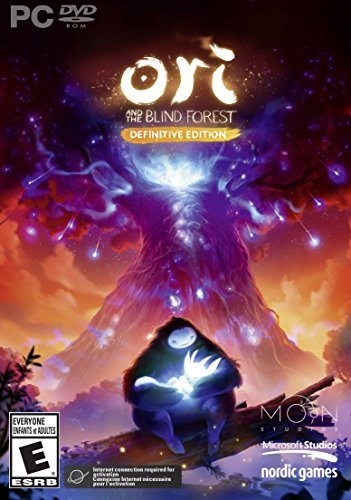 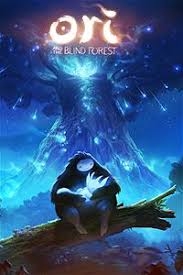 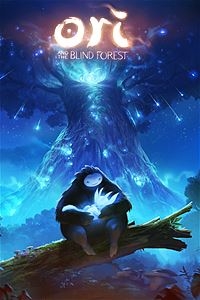