Sony is holding a PlayStation VR press event on March 15th in San Francisco, California. The invite-only event begins with a presentation at 2pm PT followed by hands-on demos until 6pm PT.

With the launch windows of the VR headset set for the first half of 2016 it is possible Sony will reveal the exact release date and price at the event. 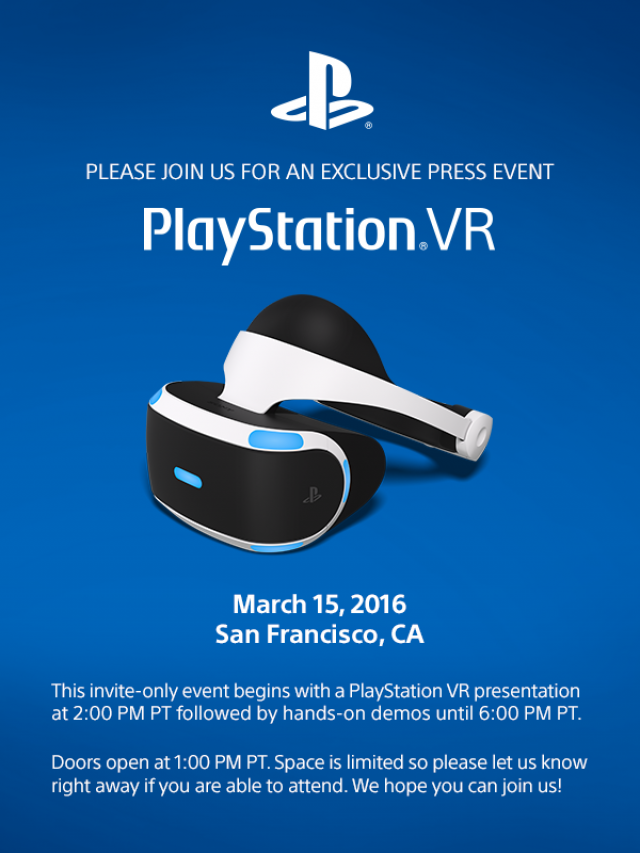 Oculus and HTC recently revealed the prices of their VR headsets. The Oculus will retail for $600, while the HTC Vive is priced at $800.

time to announce its price and release date...

Looking forward to this.