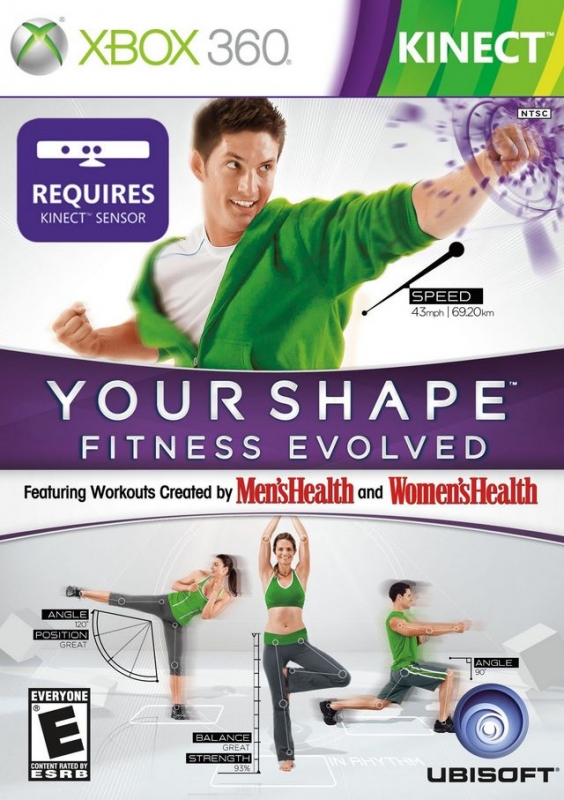 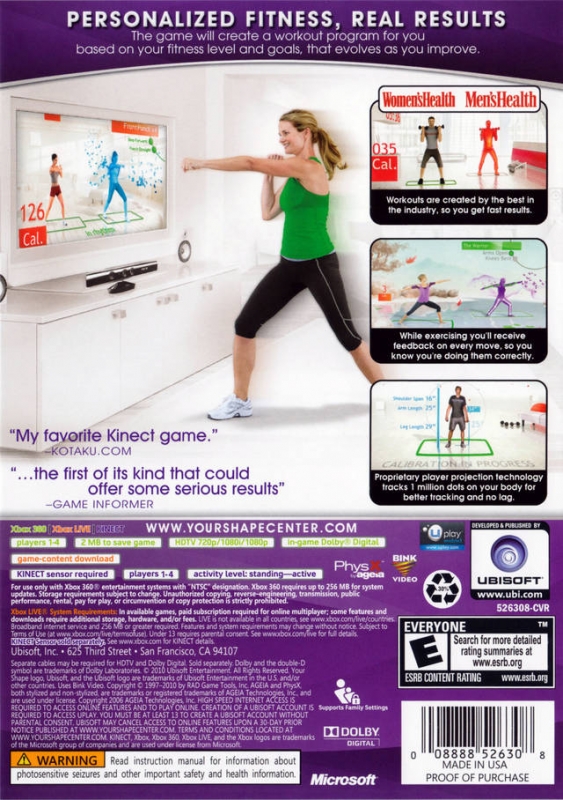 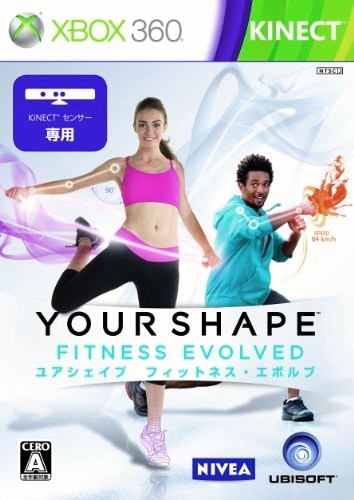 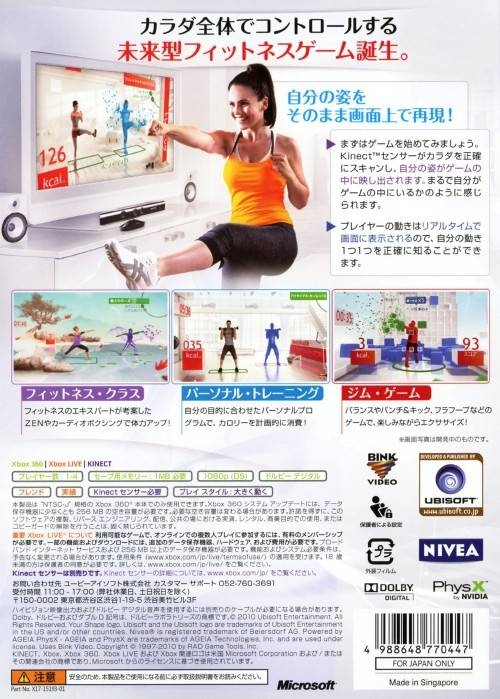 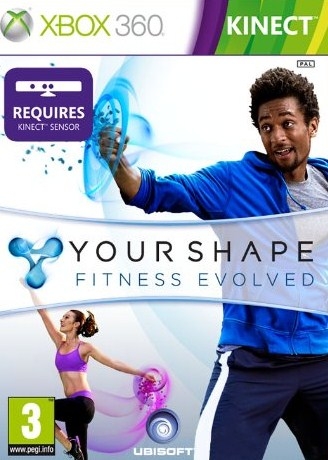 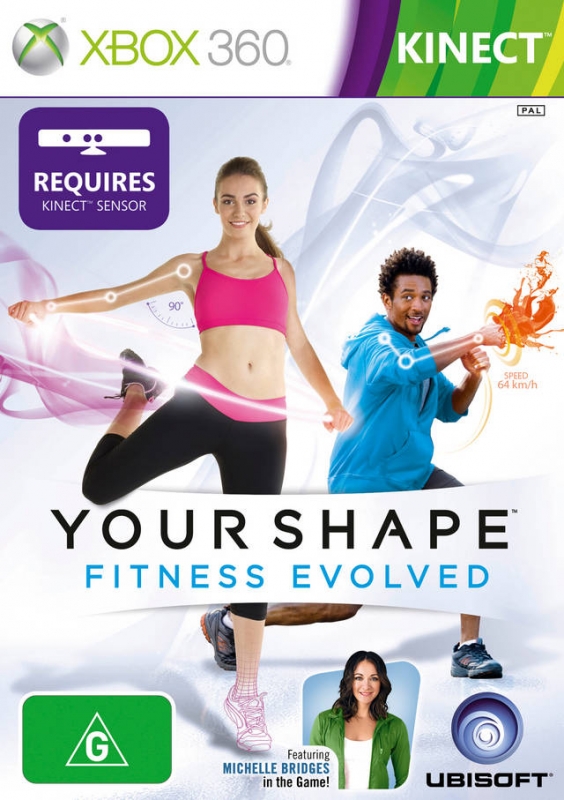 The evolution of a fledgling genre, or just a marketing gimmick?

Ever since it was first showcased at E3, Your Shape: Fitness Evolved has been high up on my wish list. I envisaged Your Shape potentially being the perfect supplement to my extensive exercise routine, allowing me to combine two of my favourite hobbies. The concept is rock solid: an exercise game that can tailor its routines to your specific requirements, actively track your movements in-game thanks to the Kinect camera and offer accurate real time feedback as you work out. The question remains though, have Ubisoft actually managed to deliver on these promises?

To start with, your body is scanned and you’re given a mini-questionnaire where you’re asked to give your age, gender and weight, amongst other things. Then you’re asked what you want to get out of Your Shape. Are you looking to lose a bit of weight? Or maybe increase your definition? Perhaps you’re just looking to increase your fitness level and stamina instead. This is where the personalised training aspect of the game comes into play. Based on your answers to the survey the game will come up with some routines that it thinks will help you to achieve your goal. These are all pre-packaged routines, so it’s not the truly ‘personalised’ fitness game you may be expecting. But what it does do is guide you in the right direction so that you can get the most out of the game. 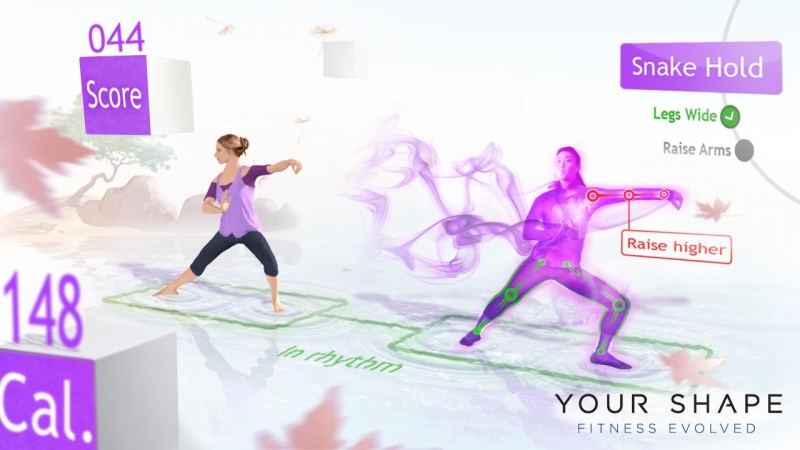 Perhaps the main selling point of Your Shape (and fitness games on Kinect in general) is the fact that the Kinect camera enables the game to track your body’s movements in a more realistic and accurate way than it would if it were on other, unnamed consoles. In theory, this not only serves to discourage you from ‘cheating’ (by not fully performing difficult moves), but it should also enable the game to tell you where you’re going wrong and how you can improve. Your Shape is also only half-successful in utilising Kinect to its full potential in this respect. You can still ‘cheat’ to a certain degree because the game only tracks key joints in your body, rather than your body in its entirety, and you soon begin to identify shortcuts you can take.

But does the gameplay work? That’s going to be the key question for many. The answer is yes... most of the time. It does a good job of recognising you and putting you into the game, with very little lag (and you soon begin to account for it in your movements anyway, so it’s never a problem), and for the most part it accurately tracks your movements. The game will often tell you when you’re failing to perform a move properly and how you can go about correcting your mistake(s), though because it sometimes fails to pick up on more nuanced movements it will tell you you’re going wrong when you patently aren’t, which can be infuriating. This mostly happens for me during Zen exercises, where movements are supposed to be subtle and fluid, but where instead I sometimes find myself needing to exaggerate a certain pose in order for the game to notice it. Or where I’ll be perfectly in step with my trainer but the game keeps flagging up the fact that I’m apparently not in rhythm. These irregularities aside, Your Shape is very enjoyable.

The presentation is slick and the game has a pleasant, tranquil feel to it. The style reminds me very much of Mirror’s Edge, with very minimalist backdrops and a white colour palette contrasting with brilliant splashes of colour, which somewhat mitigates the technically basic graphics. The backgrounds aren’t very detailed, but I feel this was a solid design decision as it really helps to sustain a soothing atmosphere. The design of your own in-game avatar will probably prove more controversial, and though you can change the style from the root menu this amounts to a change of colour rather than a complete overhaul of the design itself. The other potential source of criticism is the menu system. The distance between different menu options is surprisingly small given that this is a Kinect-only game, so you may sometimes find yourself making the incorrect selection by accident because of the bulky nature of Kinect menu navigation. 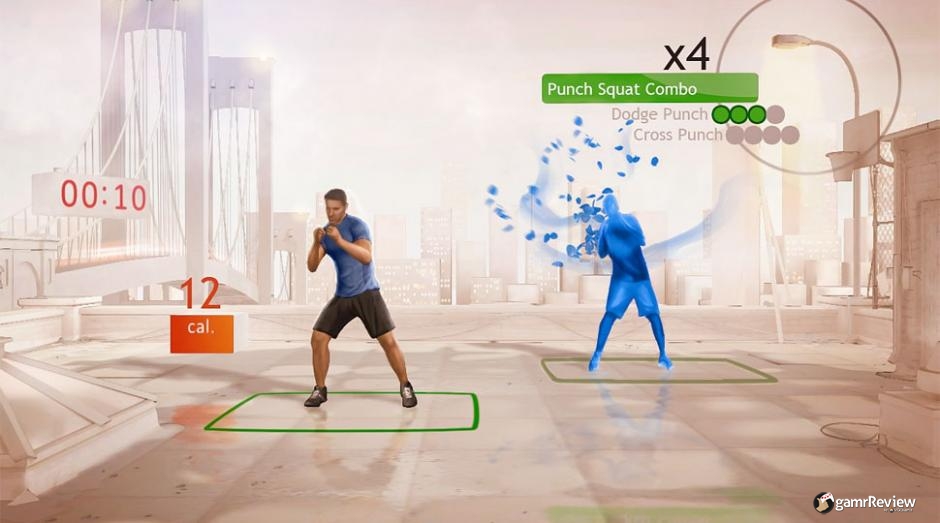 In two of the three key areas of the game you’ll be working out alongside a personal trainer, copying his or her actions. Meanwhile, a second trainer will offer words of encouragement, critique and status updates. The voice work is excellent and the trainer really strikes the right tone. The music is also a perfect match for the game, serving as excellent background music, which never grates, even during lengthy sessions.

Your Shape is neatly divided into three key sections: Personal Training, Gym Games and Fitness Classes. Personal Training is the most substantial section, offering plenty of different routines tailored to specific goals. The routines are all roughly five minutes in length and start off gently, but gradually become more strenuous as you unlock the advanced and ‘full’ (several small routines pieced together) work outs.

Gym Games is the mini-game section. There are four mini-games to select from and each has a local multiplayer component, so you can compete with friends and family in turns. The best of the activities is Virtual Smash, which has you punching and kicking coloured blocks which smash into colourful chunks. In Loop-a-Hoop you gain points for maintaining a fluid hula hoop action. Light Race tasks you with stepping on panels as they light up. Finally Stack ‘Em Up gives you a large board and rains blocks down on you, with the aim being to gain as many as possible on your board before dumping them into openings in the floor. The inclusion of these enjoyable diversions is excellent, but unfortunately none of them has much staying power and there are only four activities to choose from, so you probably won’t find yourself returning to the Gym Games section all that often. 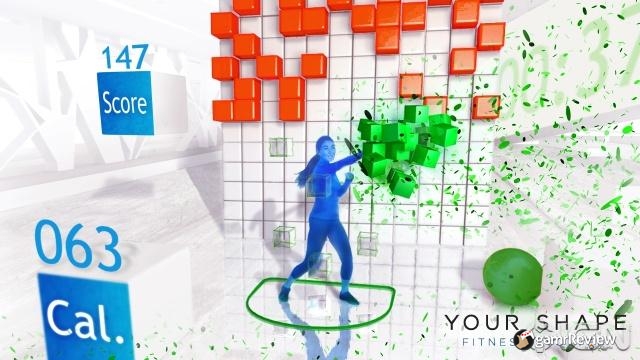 Finally, there are the Fitness Classes. There are only two at present – Zen classes (which act as a good warm-up or down) and Cardio Boxing. Cardio Boxing is my favourite part of the entire game – the workouts are fun and soon have you breaking a sweat. It’s just a shame there aren’t more classes, because the moves soon become repetitive with such a limited selection.

One of Your Shape: Fitness Evolved’s best features is the calorie counter - seriously, this thing is addictive. I have only a very vague notion of the concept of calories, and absolutely zero idea of how many I need to ‘burn’ before I’m actually achieving all that much, but watching the calorie counter slowly tick up during a workout is compelling and a great source of motivation. The game also tracks your total calorie counter over time and across all of the different modes, so you can see how well you’ve been doing over the weeks and months.

Over the longer term, though, there’s a big question mark for me concerning the game’s lasting appeal. The small number of varied activities, particularly in the Gym Games and Fitness Classes sections, will probably be a sticking point for many.

If Your Shape: Fitness Evolved is an evolution of the genre then that’s purely thanks to its release date and the simple fact that it uses Kinect. No, this is not a great leap forward for fitness games, but it is a good first attempt at pushing the genre’s boundaries by making use of Kinect. We’re still waiting for the first killer Kinect fitness game, then, but in the meantime Your Shape: Fitness Evolved will serve most people’s fitness needs well, be it as a supplement to an existing exercise routine or as an introduction to working out.