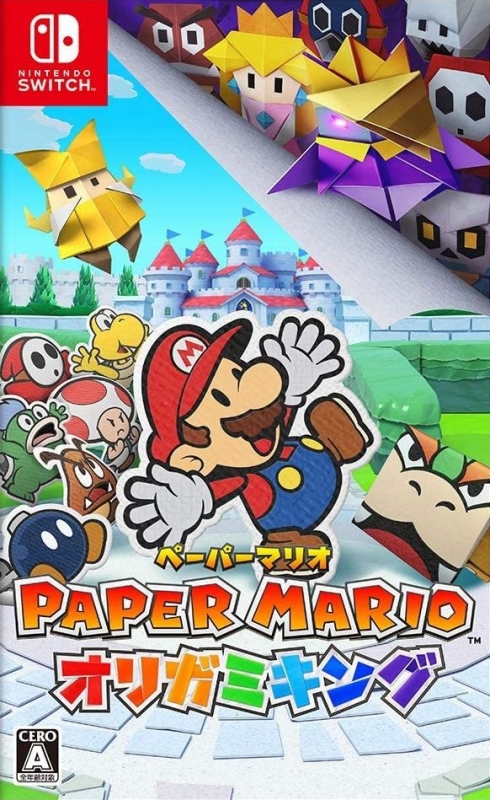 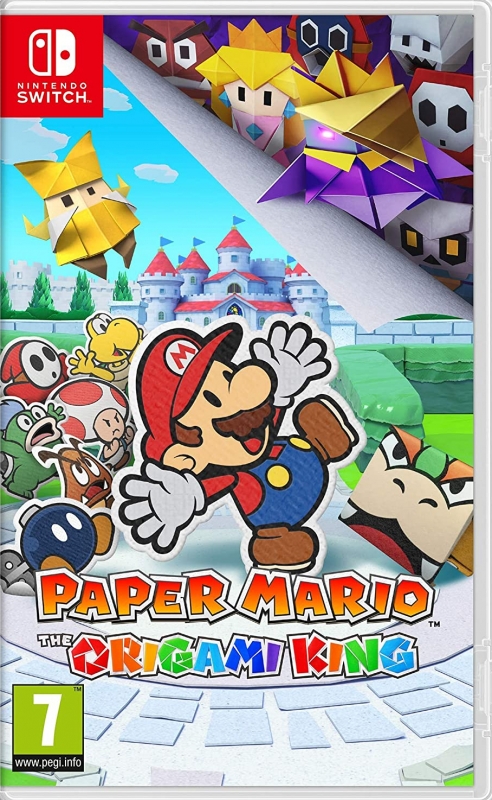 A definite "recommend" any day of the week in my book.

When the announcement for Paper Mario: The Origami King came pretty much out of nowhere a few months ago via a sudden Tweet from Nintendo's account, it was easy to imagine the game wouldn't be too substantial of a release, but honestly such prejudices couldn't be further from the truth.

Paper Mario: The Origami King is the latest installment in the long-running and popular Paper Mario series, which has mixed around with its genres quite a bit since its inception. It started life as a fairly standard take on the JRPG formula, set within Mario's world and featuring Mario characters, before shifting gears to a dimension-bending platformer, and then becoming more of a puzzle-solving game. Mixed receptions tended to greet each new transformation. 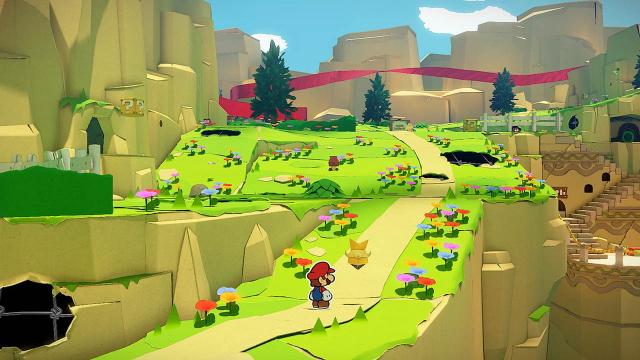 While this new entry doesn't necessarily return to the series' RPG roots, it's definitely the most faithful to this spirit since Paper Mario: The Thousand-Year Door on the Nintendo GameCube. There isn't traditional leveling up in Origami King, but you'll continually boost up your HP, which essentially serves as your general power level gauge, while your damage increases with better equipment you get a hold of to use during battle.

The battle system is unlike anything I've seen before and revolves around solving what are essentially slide puzzles to optimally place your enemies in the right formation for you to be able to finish them off in as few moves as possible. While this battle system isn't overly exciting through the game's roughly 30 hour runtime, newer enemies have interesting ways of mixing up the formula, such as Boos disappearing from sight so that you need to memorize where they are, and some folded enemies towards the game's end having a very funny solution to cut them down to size. Even if these innovations don't keep the fighting system fresh for you, most regular battles are entirely optional, and since there isn't any experience gain you can avoid them without being punished for it. 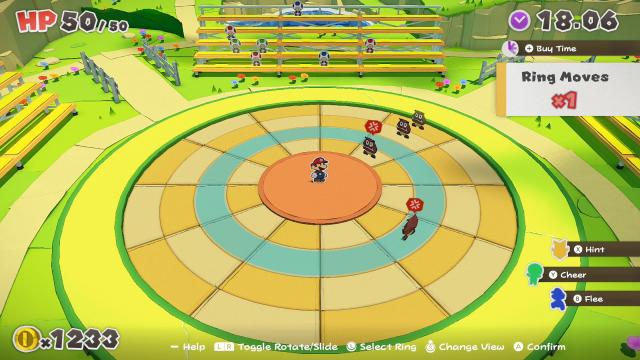 Boss battles are where the gameplay truly shines and they're entirely different beasts from normal fights. When you encounter a boss, they take the center spot which Mario would have occupied in regular battles and the entire field gets filled with different action buttons that you need to slide around in order to make the most of your turn against them. Some bosses have gimmicks where they mess up the board for you as well, so even when you feel like you've mastered optimal usage the game will continue to throw wrenches in the works for you, although never in too much of a frustrating way, but rather in thought-provoking manners which feel immensely satisfying to solve.

The biggest charm of the Paper Mario games to me has always lied in the characters and their dialogue, which is an area where Paper Mario: The Origami King delivers in spades. The quirky cast of characters, spearheaded by Mario's little origami companion Olivia, are all oozing with personality and have their own goals and missions which develop over the course of your playtime. A constant throughout the game is that you're trying to save Toads who have all gotten into various different jams (literally, in some cases, as they're all paper) and it's a really fun endeavor to try and track them all down, and even moreso to hear their strange excuses for why you found them where you did.

One area where Paper Mario: The Origami King goes the extra mile compared to its predecessors is how truly and fully it embraces the world and its characters being paper cut-outs. If you've played the previous games you're definitely thinking "but wait, the earlier games already did that", and while you're not wrong, the way this is handled in Origami King goes so much further than any of the previous games did (Paper Mario: Color Splash excepted, since I haven't played that particular game and can't really comment on it). The majority of bosses are various forms of stationery who go out of their way to cause trouble for the paper world's inhabitants, including a gangster-slang speaking tape dispenser, a disco-dance obsessed hole-puncher, and an honorable duellist in the form of a pair of scissors. Each boss has an entirely unique gimmick for how to do battle with it and you'll need to pay attention to their particular abilities if you want to succeed in taking them down. 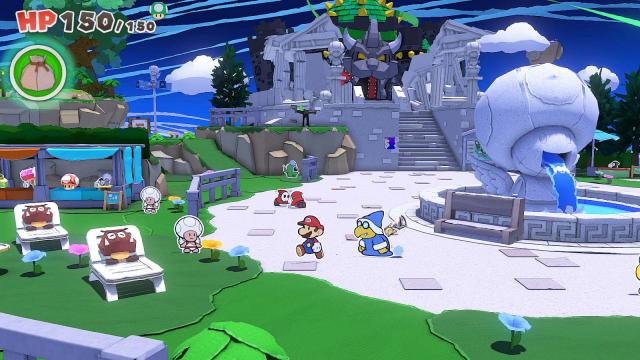 By far the biggest homerun the game manages to hit, though, is the soundtrack. This is one of the absolute best gathering of musical arrangements I've heard in a non-crossover Nintendo game (because you obviously can't compete with Super Smash Bros. Ultimate's sheer volume of fantastic tunes) for quite some time - and that's not praise I give away lightly. The bigger bosses each have distinct themes to them and the regular battle theme also changes at regular intervals, depending on the area you're in and what type of battle you're fighting. The area tracks are also very high quality and you'll likely find yourself humming to tunes from the game time and time again even after you've turned it off.

It would be a lie to say that Paper Mario: The Origami King returns to its roots, so if you're a die-hard fan who wishes to see the Paper Mario franchise return to the format of the first two games then this title isn't going to satisfy you. But what it is is a highly innovative, amazingly well-written, perfectly scored game with engaging characters, fun areas, and a very satisfying battle system. I totally understand why series fans felt let down by the direction Paper Mario: Sticker Star went in back on the Nintendo 3DS in 2012, but I'll be surprised if you give Paper Mario: The Origami King an honest shot and don't like what it has to offer; it's a definite "recommend" any day of the week in my book.

This review is based on a retail copy of Paper Mario: The Origami King for the NS