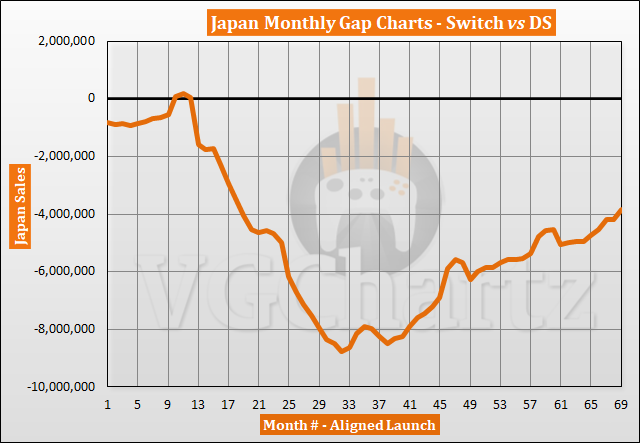 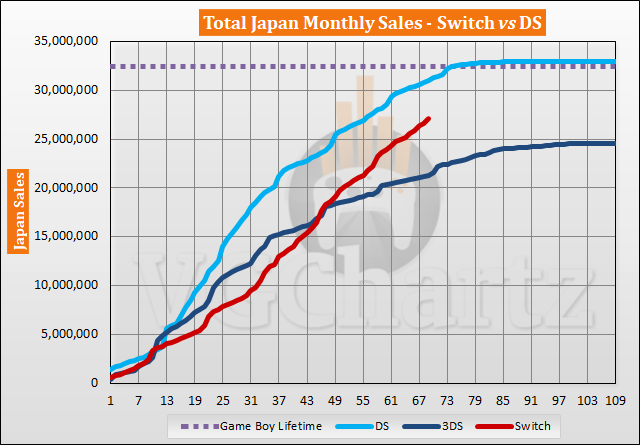 November 2022 is the 69th month that the Nintendo Switch has been available for in Japan. During the latest month, the Switch has outsold the DS by 330,647 units when you align the launches.

The 69th month for the Switch is November 2022, while for the DS it is August 2010. The Switch has sold 27.13 million units, while the DS sold 30.97 million units during the same timeframe. The DS sold current Switch sales in month 56.

Looks like DS started leveling out around month 73. 3DS went a little longer before it started to level out with month 91. And Switch is right there in the middle and still climbing.

Almost 6 more millions for Switch to beat DS. Switch should sell around 3.5M next year. It looks somehow doable to reach 33M lifetime.

Switch will definitely take the Japan crown. By end of next year Switch will be probably just over 1m to go. Depending on when switch2 comes out switch will either barely pass the DS or easily pass it by a million or two.