Switch vs Wii Sales Comparison in the US - October 2022 - Sales 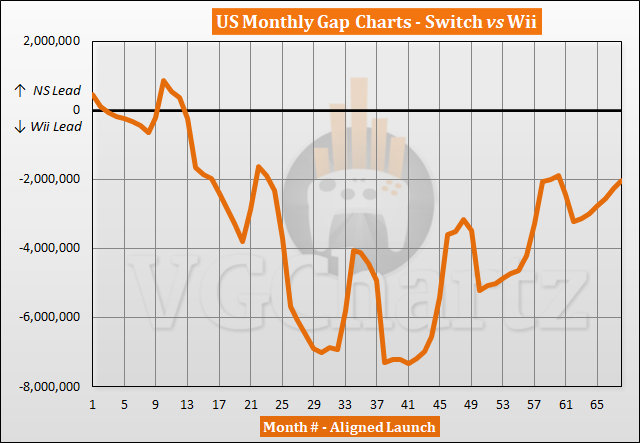 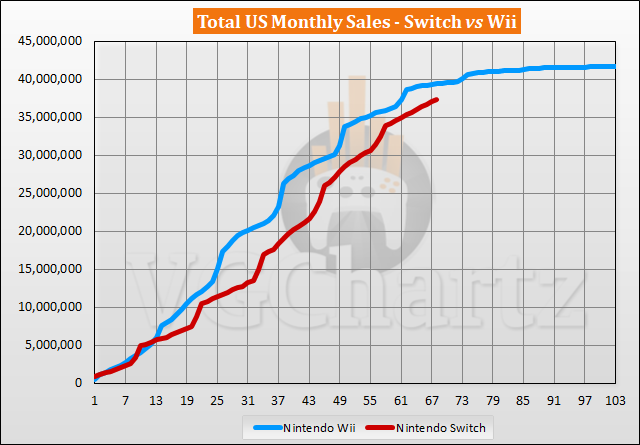 October 2022 is the 68th month that the Nintendo Switch has been available for in the US. During the latest month, the Switch has caught up with the Wii when you align the launches by 219,812 units.

The 68th month for the Nintendo Switch is October 2022 and for the Wii it is June 2012. The Switch has sold 37.38 million units, while the Wii sold 39.41 million units during the same timeframe. The Wii sold current Switch sales in month 62.

The Wii sold 41.70 million units in the US during its lifetime. The Switch needs to sell another 4.32 million units to outsell the Wii.

If Switch November+ December matches last year it should end this year 100-200k above the Wii.

I think a price cut on all models and releasing a nintendo selects range for some of the older first party titles should help keep momentum strong next year.

Hopefully, with Switch Sports Bowling having arrived, they should be able to beat the Wii in the US!! ^^

The could use the DS on the graph too.

This one should just be a matter of time

Wii generation ends in 4 months. Who cares after that. Beating someone that already retired. The Wii U is about to be released in that timeline.