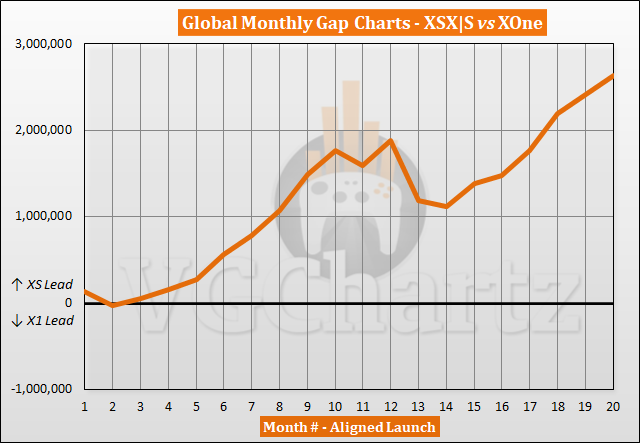 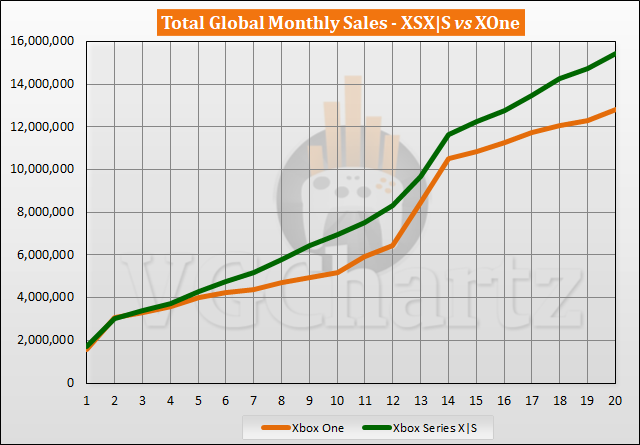 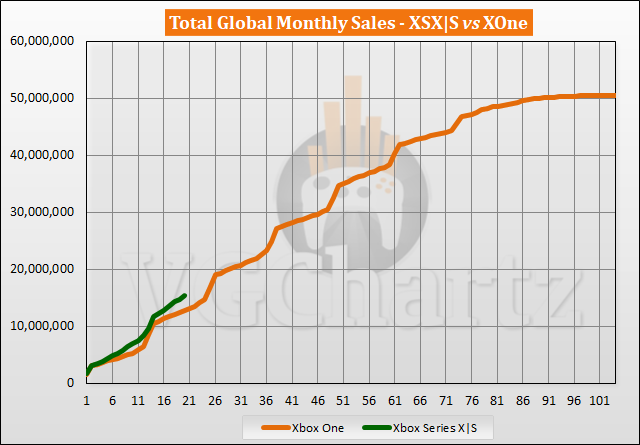 The Xbox One did not reach current Xbox Series X|S sales until month 25 when it sold 16.34 million units.

Series is selling well. 5 months ahead of the XBO for the same time frame. The XBO didnt cross 20m until month 30 so Series could do it in 24-25, maybe less.

If it continues this pace I think it has really good chance of even outselling the 360 lifetime.

TBH I'd be surprised if it didn't

I think whether the Xbox Series consoles ultimately outsell the 360 or not will depend on how long this generation is.

This generation could last a long-ass time, given they're higher-end (compared to contemporary PCs) than the One and PS4 were, and given Moore's Law is slowing down.

Or Microsoft and Sony might launch a new generation early, instead of releasing "Pro" consoles, since better architecture (rather than smaller chip fabrication) seems to be the primary way forward for improving hardware in an economical fashion these days.

with how they both emphasized backward compatibility, they might as well go for a new generation instead of pro models. both will have potent clouds by then to let old gen play new gen games without buying new hardware.

Agreed. But to do that they have to have a new generation of consoles that are at least powerful enough to emulate the PS5/Series X hardware with at least the same performance. If (for example) PS5 games emulated on a PS6 play worse, that won't be popular. Whereas with a "Pro" console that was a more powerful version of the exact same architecture, that wouldn't be a concern.

But conversely, if they do make a Pro console, then the next generation has to be EVEN more powerful, because now it has to emulate the Pro console as well without any performance degradation, so I guess it's 6 of one, and a half-dozen of the other.

So, yes, if an architectural leap is going to be more powerful/more efficient and can be done cost-effectively, it would better to do that for sure.

Ahead of the XBO, while being supply-constrained. Not bad I think.