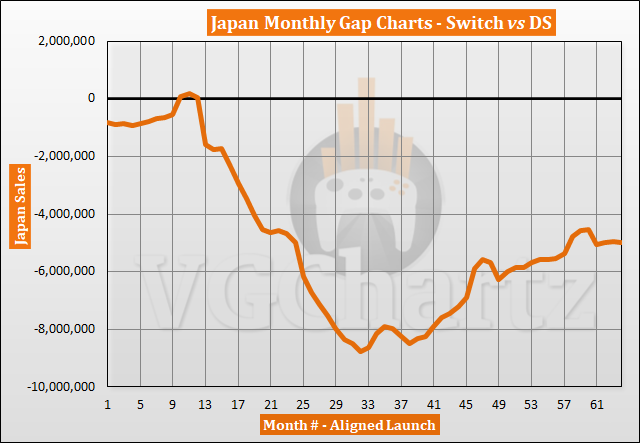 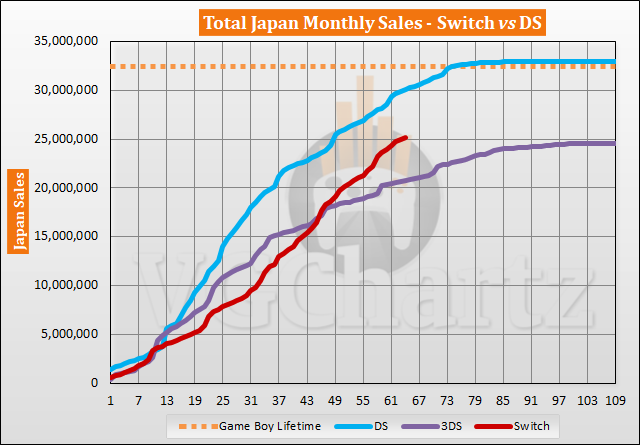 June 2022 is the 64th month that the Nintendo Switch has been available for in Japan. During the latest month, the Switch has outsold the DS by 96,209 units when you align the launches.

considering how few young "gaming age" people there are in Japan, that is quite high (the population of young people in Japan has dropped from 30 million to 15 million in the last 50 years)

luckily for Nintendo there are older gamers now

Yeah. It's no longer a young person's hobby.

Ninty can do this

Without calculating everything through, this looks pretty unlikely for Switch to catch up the lost ground. But Switch should have at least one reasonable holiday season more than DS.