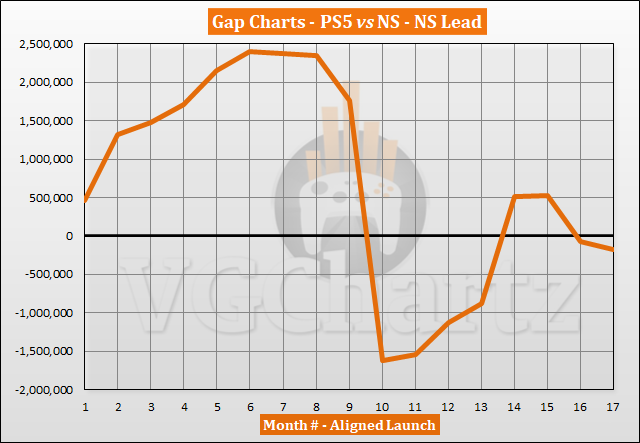 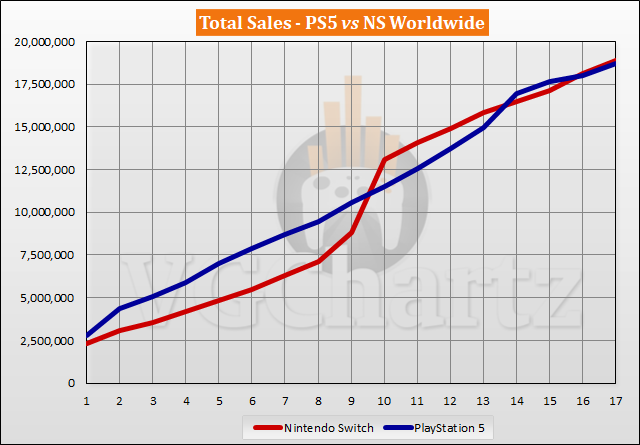 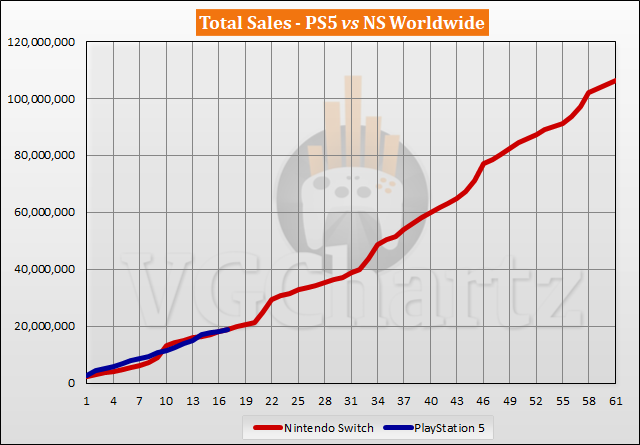 March 2022 is the 17th month the PlayStation 5 has been available for. In the latest month, the gap grew in favor of the Nintendo Switch when compared to the aligned launch of the PS5 by 109,015 units. In the last 12 months, the Switch has outsold the PS5 2.32 million units. The Switch is ahead of the PS5 by 177,487 units.