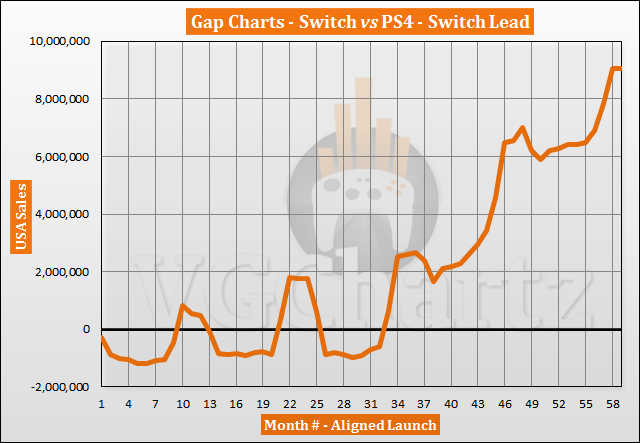 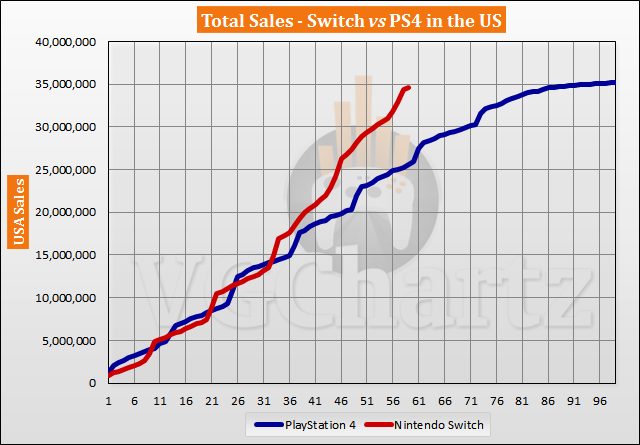 The PS4 did not reach the current Switch sales until month 88 where it sold a total of 34.67 million units.

The PS4 has been available for 99 months in the US and has sold 35.18 million units. The Switch is currently 0.52 million units behind the lifetime sales of the PS4.

Oh wow I didn't realize it was already about to pass the PS4 in the US, but I guess that makes sense given that Switch will pass PS4 globally this Fall.

This is over already.

Switch should be passing the PS4 in the US sometime in March.

and will keep on trucking!

So next month or the one after, switch is outselling the ps4. Congrats