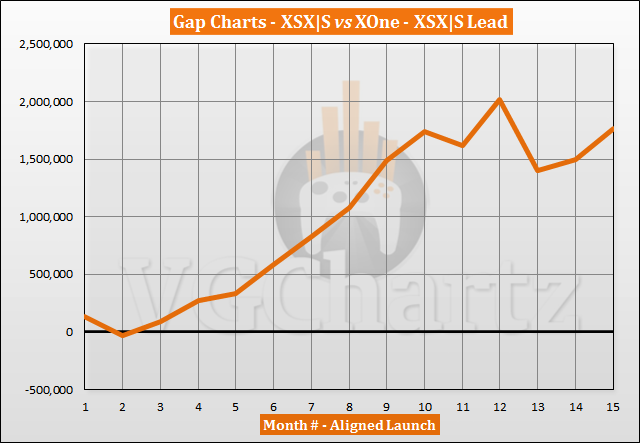 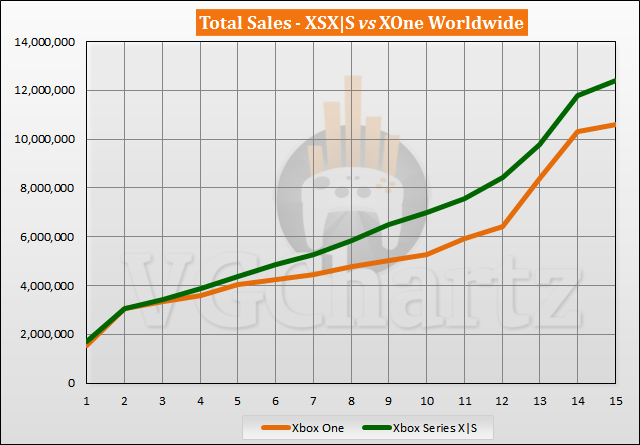 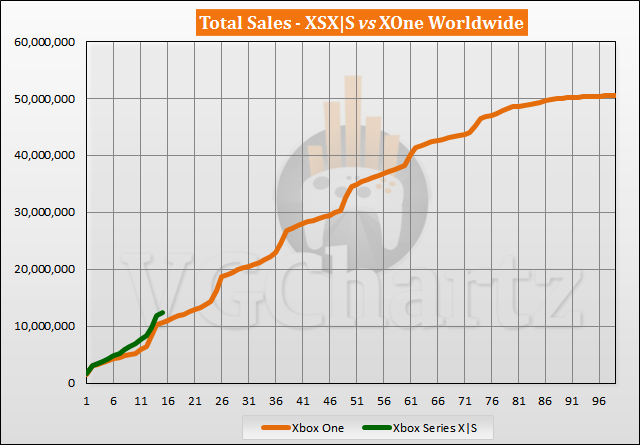 The Xbox One did not reach current Xbox Series X|S sales until month 20 when it sold 12.59 million units.

Good beginning for the XBox XS, I imagine the momentum is going to become better and better once GamePass and all the adquisitions start really bringing new software.

The June press conference (I guess it won’t be called E3 anymore) for Microsoft will be interesting. I would imagine that’s when we start seeing a more concrete roadmap and hard release dates for a lot of their projects.

It should pass 20m pretty easily. Xbox Series was at 11.8m at the start of the year, meaning they need to sell just 8.2m in 2022 to hit 20m lifetime. Considering Xbox Series sold 8.7m in 2021, and considering that Xbox Series is so far tracking up YoY by about 52% in January, it's a pretty safe bet that Xbox Series will pass 20m this year with ease. And that is not even taking into account other factors like Starfield's November launch and the possibility of a Starfield bundle or a price cut on Series S by Black Friday, just the current demand should be enough to put them well over 20m assuming the larger than last year supplies can hold. I'd say Xbox Series could hit anywhere from 22-24m lifetime this year personally, depending on rather or not there is a Starfield bundle or price cut.