Blue Reflection: Second Light released for the Nintendo Switch, PlayStation 4, and PC on October 21, 2021 and has sold over 120,000 units.

Dynasty Warriors 9 Empires released for the PlayStation 5, Xbox Series X|S, Nintendo Switch, PlayStation 4, Xbox One, and PC on December 23, 2021 and has sold over 150,000 units. 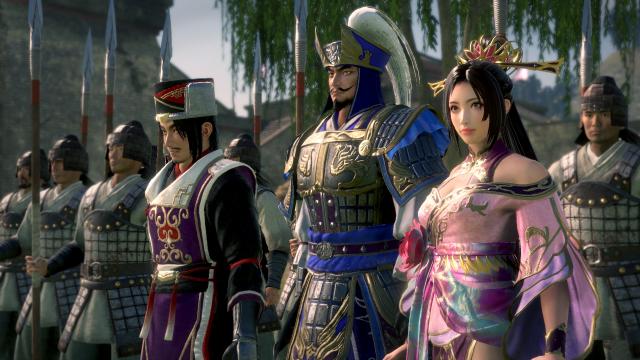 Fatal Frame: Maiden of Black Water released for the PlayStation 5, Xbox Series X|S, Nintendo Switch, PlayStation 4, Xbox One, and PC on October 28, 2021 and has sold over 340,000 units.

Those Fatal Frame 5 re-release sales are very impressive, 340k units in less than 4 months, and I haven't even seen it discounted yet, it could potentially double those sales lifetime after seeing some price drops, at the very least 500k+ lifetime should happen. Considering that the entire Fatal Frame series (1, 2, 2 Remake, 3, 4, Wii U version of 5, and the spinoff DS game) had only sold 1.3m copies combined as of 2015, 340k for just a re-release of Fatal Frame 5 in less than 4 months is very impressive. Koei Tecmo made the right choice going multiplat on the series. With sales like this, they will most likely remaster/remake more Fatal Frame games like they said they were considering doing, and Fatal Frame 6 also seems likely.

They should stop making dynasty warriors and make something new,

L purchased it on the playstation 4 store and will play it soon when i clear up my backlog, is the platinum trophy difficult to get or fairly straightforward?