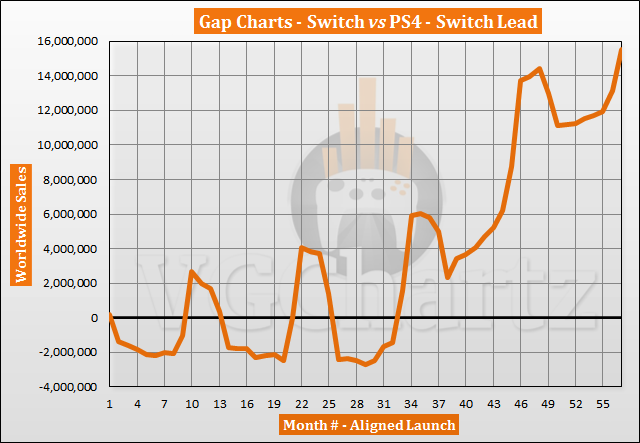 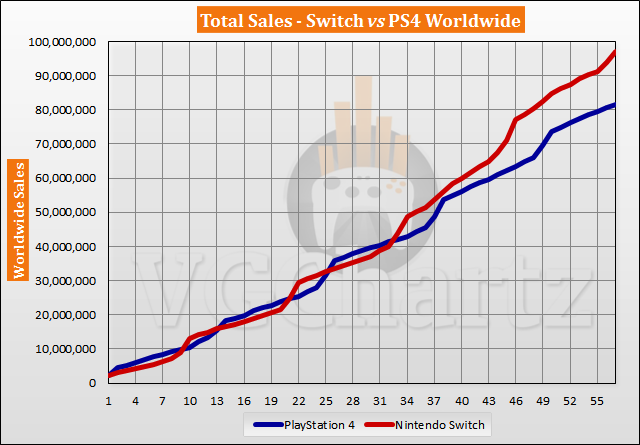 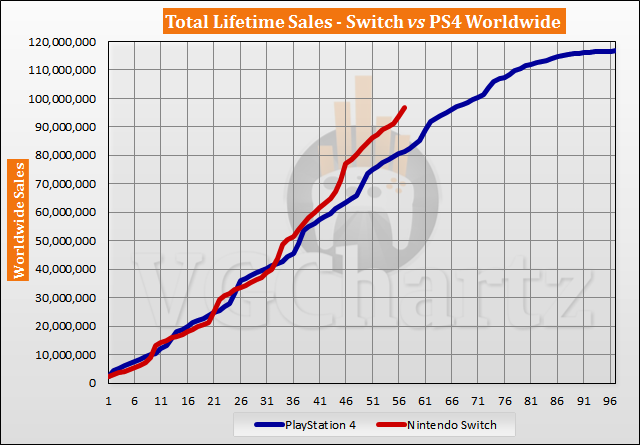 the Switch will pass the PS4 this year and end up at #3 all time!

At least #3. Number 2 is not completely out of reach yet, even #1 can not be discounted. We have to see how 2022 goes before saying it wont get there.

So Switch is going to end with 120mil+ this year, surpassing PS4, Could Switch sell another 40mil more?

3DS has sold 23mil+ since 2016, the year where Switch was announced, we haven't received any announment for a new console yet and Switch is still selling better than 3DS peak years.

Doing some math and some Price cuts... the sky would still be low for Switch.

Got to admit, I absolutely did not see this coming.

after the WIIU no one did.

The PS4’s only hope of retaining its lead would be Nintendo announcing a Switch 2 in Q1 2022, and even that likely wouldn’t be enough.


I think the only question now is what is the Switch’s realistic ceiling. The Switch would probably need another 3 years on the market to reach the PS2’s record. The problem with that will be that by the end of 2024, the Switch’s internal hardware will be a nearly 10 year old design, which by modern tech standards might as well be an eternity.


Will Nintendo and developers for the Switch want to keep it alive for that long? Some truly exceptional things can be done on modern mobile hardware now, and for not a lot of money, and that option is going to look increasingly tempting for Nintendo with each passing year

will never, ever, ever ever happen!

Switch successor should appear in 2024. The other option would be new powerful model in 2023, but this is not very likely, because developers with the 4K dev kits say that they have trouble to let regular Switch games play properly on the new hardware.

Do you have a link for that ?