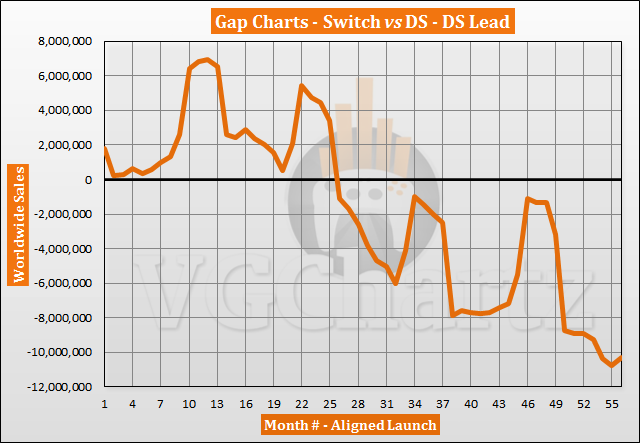 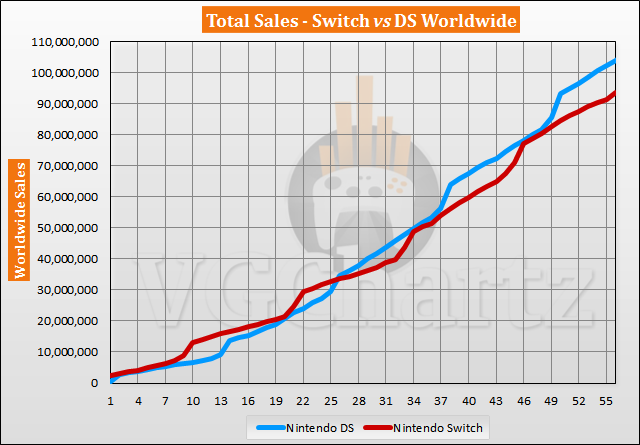 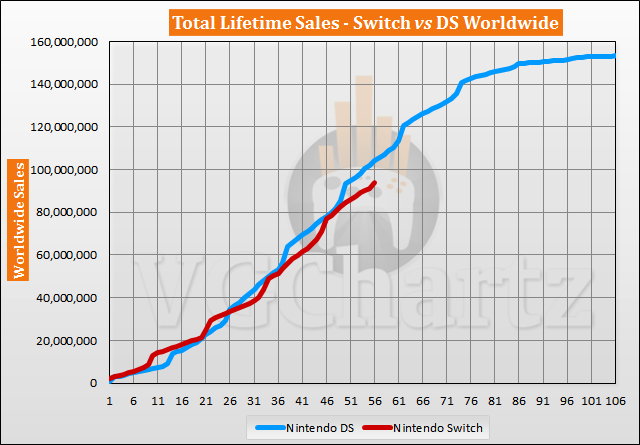 Although Switch has less sales than DS, imo if 2022 and 2023 have big releases and a new model to increase the sales, Switch can pass DS

Switch just not going to make it.

I think the ds will likely win, but it all depends on when a successor comes out. People need to remember that the switch still hasn't had a price cut yet.

It received a €50 price cut in Europe just as the OLED was released.

That was actually around €30 in Europe which brings it more in line with its American price.

The official recommended price is 300€. Some retailers sell it for less. On Amazon in my country it's 288€.

With the disruption of covid, higher prices in parts and problems with shipping, do people still believe the switch will receive any price cut at all?

The decisive fight, we might know the winner in 4-6 months from now. The last graph looks like 130M is a 100% sure thing.

A DS vs PS2 graph would be so dope

I think it'll come close, but not quite. In October the Switch only caught up by 471k.

DS will be at about 108.8m by the time Switch reaches end of January. Nintendo are only planning to ship 108.6m Switch consoles by the end of march, so no it's completely impossible.

Switch will be a few million units behind the DS launch aligned at the end of January, and then the DS holiday season is about to start.

Wonder what the difference would be if there weren't any chip shortages.