2021 has been a fantastic year for Cotton fans. The last 10 months have seen a solid remake of the premier game in Cotton Reboot!, plus ports of old-school games Cotton 100%, Cotton 2, and Cotton Boomerang. Perhaps the biggest prize, though — in terms of rarity, at least — is Panorama Cotton. Previously released in 1994 only on the Japanese Mega Drive, Panorama Cotton is incredibly hard-to-find. A quick glance at eBay reveals second-hand copies ranging from $650 to $1,200. That's why this re-release on modern systems is reason to celebrate, even if the original game doesn't hold up to modern standards of excellence. 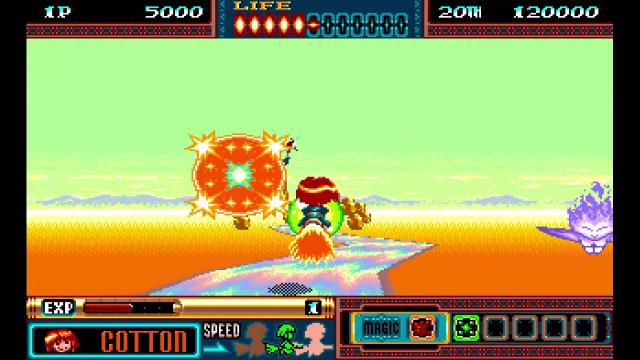 Looking only at the original 1994 game, Panorama Cotton is a mixed bag. Visually, it's astounding, especially considering the hardware limitations of Mega Drive/Genesis. As Cotton the witch, you'll ride your broom upward, downward, forward, and sideways through five gorgeous levels filled with lots of handsome sprites, bright colors, and bonkers bosses. In the first level, you'll fly through a pastel wonderland overlooking a rainbow road before flying off a cliff and pushing straight through a waterfall. Later on you'll dive beneath the waves, fly over a lake of fire, ascend an impossibly-tall tower, and fight a sentient fortress on a...unicycle?

While the imagination on display in Panorama Cotton is really quite remarkable, its mechanics are decidedly less impressive. The Space Harrier format doesn't do the game any favors, as it's sometimes difficult to measure the depth and distance of enemies. Moreover, with many enemies on screen — in some cases attacking from behind — it's difficult to avoid contact. You really need to memorize entire stretches of the game to avoid damage altogether. 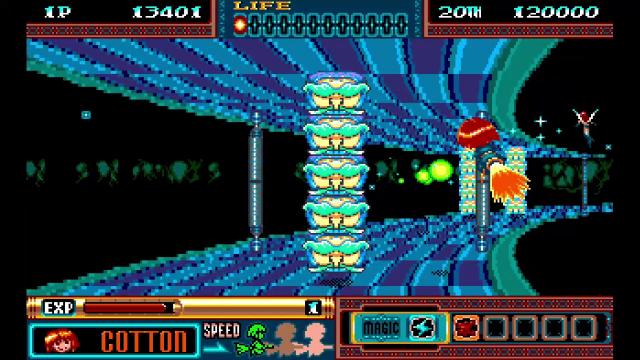 In general, there's a clumsiness to the action in Panorama Cotton. Only intermittently does it feel rewarding. As a result, the game feels more like a technological showcase and less like a must-play video game.

The Switch version could have improved on this situation, but unfortunately the port itself is underwhelming. From the spartan main menu, players can select Standard, Challenge, and Credits. Standard is the "modern" experience — the 1994 game with a rewind feature, save states, and cheats. Challenge is the unadulterated original without any enhancements. The two modes are virtually identical, apart from rewind and save states, so don't go in expecting distinct old-school and new-school experiences.

There are a few quality-of-life improvements to go alongside these two modes: mappable controls, three display options, and the aforementioned cheats, unlocked in Standard once you beat the game in Challenge. 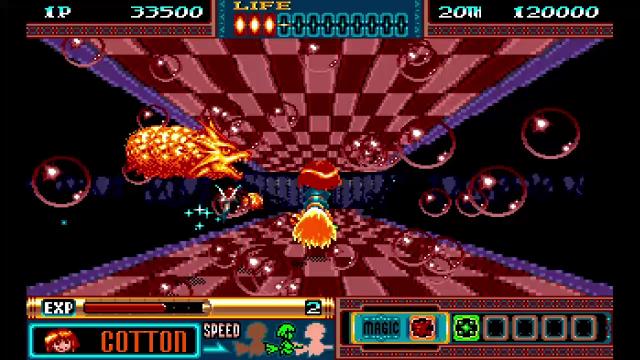 These features are nice, but the game desperately needs two things: a full English translation — yes, the game text is still in its original Japanese — and a manual. Cotton as a series has a bunch of curious mechanics that aren't obvious to the uninitiated, so a simple manual would go a long way. Something like the tutorial in Cotton Reboot! would be perfect. Online leaderboards would be welcome, too.

Like other Cotton games, Panorama is rather short. You could complete all five levels in a single sitting. That said, you can try different difficult settings and shoot for high scores.

Is Panorama Cotton worth your time and money? Maybe. Considering the original game's rarity and prohibitive price, it might be a worthwhile investment for collectors and Cotton super fans. For casual shoot-em-up fans, though, you should probably stick with Cotton Reboot!. Panorama is gorgeous and wonderfully weird, but its clunky gameplay and rail shooter format hold it back. What's more, the Switch port doesn't do much to elevate the source material.

This review is based on a digital copy of Panorama Cotton for the NS, provided by the publisher. 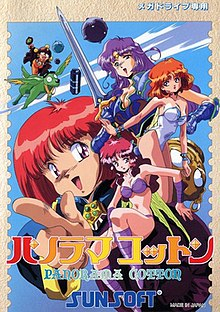