Nintendo Lowers Retail Price of Base Switch Throughout Europe - News

Nintendo today lowered the price of its base Switch model in the UK and mainland Europe, by £20/€30. 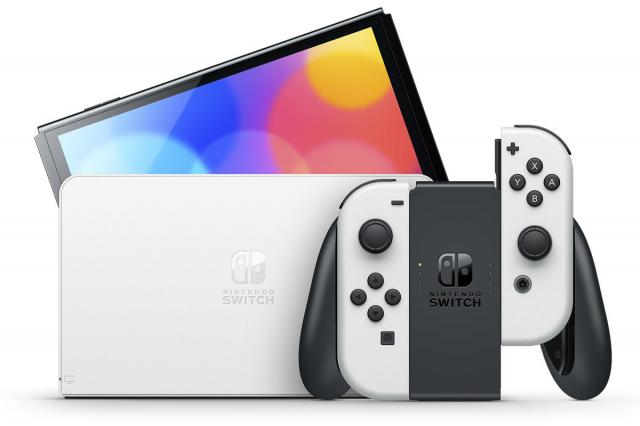 Explaining the move, Nintendo told Eurogamer that the decision had been made as a result of both currency exchange rates and the impending release of the OLED model:

"After carefully weighing up a variety of factors, including currency exchange rates in Europe and the upcoming launch of Nintendo Switch - OLED Model, we decided that now was the appropriate time to change the European trade price of Nintendo Switch.

The final price to consumers is determined by retailers. As a guide, we recommend that consumers check with local retailers to find out their prices. In My Nintendo Store, which is Nintendo's own retail channel, the price of each Nintendo Switch family console is now:

Its odd. I remember when the PS2 sold for over $700 in Aus and the PS3 selling well over $1000. Some markets are just suckers for it unfortantly.
My dad brought a Harley 17k in US, almost 38k in Aus.

I can't speak about Harleys, but game console pricing is nearly identical around the world once you strip out sales taxed included in the advertised prices, and import fees.

well its cheaper in japan, but then again, nintendo is japanese. strip away sales tax and the japanese price becomes 250$

Fair enough. I suppose I should have added a qualifier that game consoles USUALLY cost about the same around the world, once once strips out both sales taxes and import fees. I'm sure there are exceptions. :)

Brazil looks like an exception, until you realize how brutal their import fees are there. Oof.

It's possible the Switch is an exception in Japan because the costs to get it to customers there are so much lower than North America and Europe.

I remember a time where you could jump on an airplane, fly to the united states, buy a physical copy of Adobe Creative Suite Master 6 Collection, fly back to Australia... And you will still have money left over compared to the Australian full price.

But now... No one travels by plane.

I remember when the N64 was launched here for $399 meanwhile the PS1 was $699, an inferior system. It was either Nintendo were being super generous or Sony being super greedy. Same happened with the GameCube being $399 to the PS2 $750. I still dont understand how that worked. Inflation should have affected both prices.

Did Nintendo outsell the PS1 in Oceania because of that price discrepancy?

Thats not the point. The point is how can two japanese products be sold at very different price points in Aus especally the cheaper one being more advanced. I wouldnt be suprised if the N64 outsold the PS1 in Aus, world wide the PS1 wasnt twice the price.

I meant that was a genuine question. Not that I actually disagreed or anything.

I wouldn't be suprised if it did sell better in Oceania due to the massive price difference. I cant find records to state it. Im just suprised the price difference was so massive, didnt seem to affect anyone at the time.

BotW and Smash Ultimate are 70€ on the eshop. Also weird. Everything else is 60€ or less.

I bet that it also played a role that PS5 has gained more and more ground in Europe in the last months. It now also matches the price of the Xbox Series S.

Wow, I did not realise that the Series S is cheaper than the regular switch.

Why would anyone down-vote you for the cogent observation that Series S pricing might be affecting this price-drop. I think that's a good point you make there. Man, a tough crowd here.

The Series S has a though time to sell out in Europe, there aren't any similarities between the two.

That strengthens the argument though. People don't need to want to buy both things to compare prices. "Man, this thing costs more than a Series S!" actually has MORE meaning if you don't want a Series S. :)

I haven't picked up a switch yet. Only game I want to play is pokemon, guess I'll wait till the switch lite is £100.

If you like RPGs try Xenoblade then i would recommend Zelda.

You'll be waiting a while. Maybe indefinitely at the rate things are going.

They haven't cut the price yet on the lite. I can't see it hitting 100 probably ever. 150 will be the lowest price, and that won't happen until they announce the successor. Things that sell don't get discounted.

Get a used Switch on ebay or facebook for a really cheaper price.

This is nice, I suppose, but dropping only 20€ from a +300€ console is not really that much. A 50€ drop would've been nice, since that at least can get you close enough to buy a full price game.

So it is. I've fallen for the psychological pricing strategy, it seems.

It seems that they want to differentiate the price between the OLED and the “normal” switch rather than competing with other consoles.

The Xbox and the PS5 are outselling the Switch in Europe 2 to 1 (combined). Price drop is needed since the Switch isn't selling well in Europe. Sold worse than the Xbox 360, and every PlayStation ever, nevermind the other portables (PSP sold more in Europe than Switch!).

While I agree that the price drop in Europe is overdue, you can't compare a console just past halfway through its life with consoles long discontinued. Even at the current price Switch would far outsell the X360 and PSP. It's currently on pace to sell around 35M in Europe, which would be #5 all time in the region, and now may be able to stretch even a bit higher with this price cut.

Lets not sugar coat it... Half the sales of just a PS5 is still damn impressive sales.

You don't need to beat the competition to be a success.