“To photograph is to hold one’s breath, when all faculties converge to capture fleeting reality. It’s at that precise moment that mastering an image becomes a great physical and intellectual joy.” ~ Henri Cartier-Bresson.

Out of all its various genres, wildlife photography would be my favorite.  Patient documentarians record these vivid canvases of nature's bountiful variety, reminding us of the magic from these different ecosystems and of what we could lose.  Banana Bird Studios' first title, an impressive feat all of its own, sets out to encapsulate those sensations; it's more interested in capturing fleeting reality than score-driven bonuses seen in titles like Pokémon Snap.  But like a collage of underexposed photos, poor craftsmanship dampens otherwise noble intentions.

Step into the shoes of Marina Montez, aspiring wildlife photographer.  As your grandfather expected, the protective magic of Maravilla Island continues to wane.  Upon passing away, he bequeaths his trusty old journal and camera to you.  He also left one simple task: save this island and its inhabitants.  But isn't this "magical" island just a fairy tale Marina’s grandfather told before bedtime?  If not, how did he become its first pioneer? 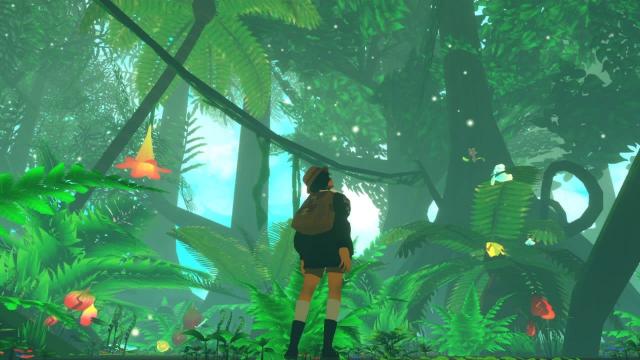 Those questions aren't really built up as a central mystery in Beasts; in fact, the authentic magic about the island is quickly revealed.  There are still some questions left unanswered, but the game's central thrust revolves around photographing Maravilla's expansive flora and fauna – some more difficult to spot than others.  You also capture unique behaviors of the titular animal found within each biome.  Each taken polaroid is then placed within Marina's album to sort through.  Even old-school selfies can be made.

Although the overarching plot has a basic environmentalism motif, the one substantial thematic element woven through gameplay is the unspoken dynamic between Marina and her grandfather.  Stepping onto an uninhabited island, traipsing over his decades-old footsteps, and reading his journal entries captures this unique inter-generational dialogue between them.  Your photos aren't simply to capture wonder, but to also – in effect – right some of his wrongs.  Resuscitating nature through artistic inspiration.  Even if the storytelling basics go exactly where expected, at least this little gameplay layer adds to it.

For whatever amount of goodwill such subtext adds, Beasts is still plagued by an insipid core.  For all of the initial promise of exploring a vast island locale, the guardrails are secured to the ground quite early and rarely relent in their forcefulness.  Whether it's climbing up a ginormous bean stock or hopping across Lilly pads, virtually everything is automated.  The only actions you can freely do are opening up the journal, using the camera, and crouching.  The majority of in-game cut scenes and Marina's text blocks deliberately prescribe to the player what to do in detail.

Despite when these linear levels randomly branch out to hide a few secrets or good photo spots, the soporific design never allows for true discovery.  You're on a natural conveyer belt.  Linearity shouldn't be considered a death knell on its own; in fact, careful pacing typically helps these types of games thrive.  But without replacing the score-based challenge with anything else, you're just sauntering to and fro hoping to complete your journal's grocery list of tasks.  Even the rare basic puzzle doesn't break this monotony.

The one gameplay element to escape heavy criticism is the camera functionality.  The snappy & intuitive UI does a good job of specifying the item at the middle of the frame.  It's also incredibly effective at itemizing and displaying previously discovered things.  Being able to take selfies with a retro camera can be occasionally fun as well.  Its built-in detection of animals and plants is too wonky though.  It's easy to incidentally discover new items through other objects.  I was able to snap a picture of a lizard perched on the other side of a rock with ease.  It eventually becomes second nature to jolt the camera at any location for a potential discovery, regardless of what’s blocking your view.

A camera's functionality isn't worth much without any stars to photograph.  Beasts' presentational quality is more heavily in favor of later arenas.  I'll admit: when going through the initial rainforest locale, I wasn't sure this title would hold my attention.  The special animal there isn't especially unique and neither is anything else.  The later bioluminescent river and arid plateau biomes look more vivid and interesting by comparison.  One nice visual detail is the handwriting found in your grandfather’s edifying journal entries.  These critiques & compliments should be considered while knowing that it's running on Unity Engine as well.  Banana Bird puts in good work to avoid looking like photocopied assets, but that doesn't dismiss the clear technical limitations. 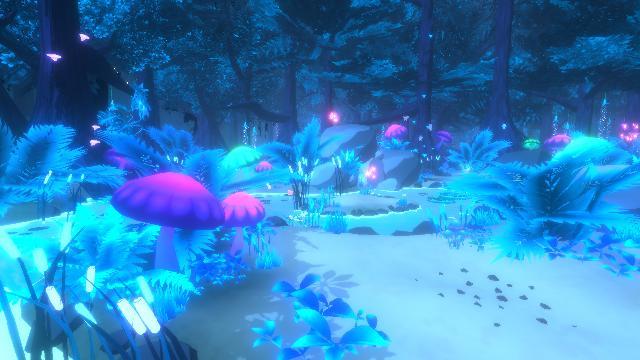 Staying invested in Maravilla Island's diverse soundscapes is another crucial aspect.  The basic sound design may not capture the dynamic activity you'd hear at a zoo, but at least it gets the job done.  Kyle van Wiltenburg and Tavi Zeir's soundtrack does blend with the specific aesthetic of each area, but because it's so limited the same track plays on repeat.  Voice acting is also limited between Marina and her grandfather.  It's one of those cases where the first few words are stated and the rest is filled in by the text.

Whether looking at presentation, gameplay, or otherwise, "limited" is go-to word for Beasts' value.  Clocking in at roughly an hour, it's tough to justify the $10 price tag.  I hate dragging Banana Bird through the coals – especially after discovering it's comprised of fresh game design grads, but I can't avoid it.  Sure, there's some limited replayability in rounding up achievements and discovering unique interactions that may have been missed; however, it's tough to dampen my harsher outlook.  Take away the dollar-per-hour consideration and you still have a small island that suggests more creative potential than three varied ecosystems.  The adventuring photographer in you never feels wholly satiated. 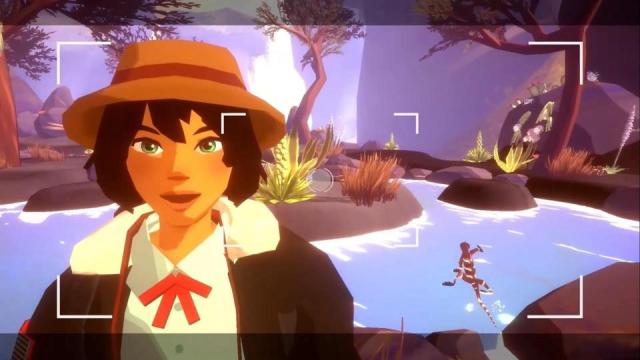 When considering the commonality of photo modes in modern games, the art of "mastering an image" is of increasing relevance today.  Despite paring back in-game score sheets, Beasts of Maravilla Island still subtly encourages this through locales that are teeming with life.  But this picture begins to lose its luster when no other interesting mechanics are included.  The guided tour quickly becomes overbearing and the initial drive to document any magical wildlife never recovers.  The camera seems to be working, but what picture is worth taking?