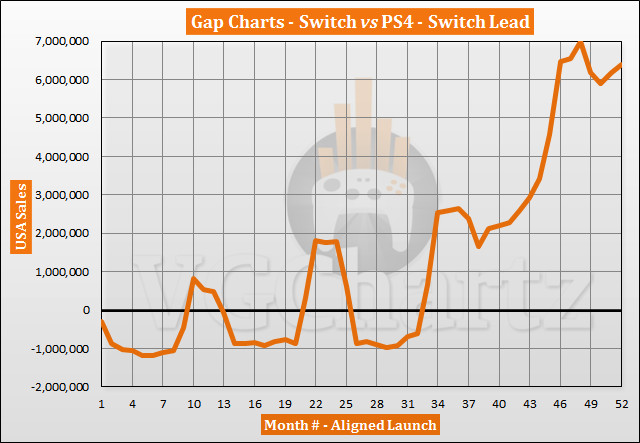 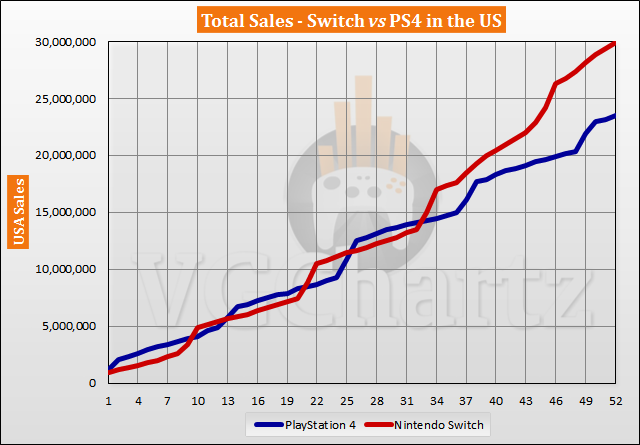 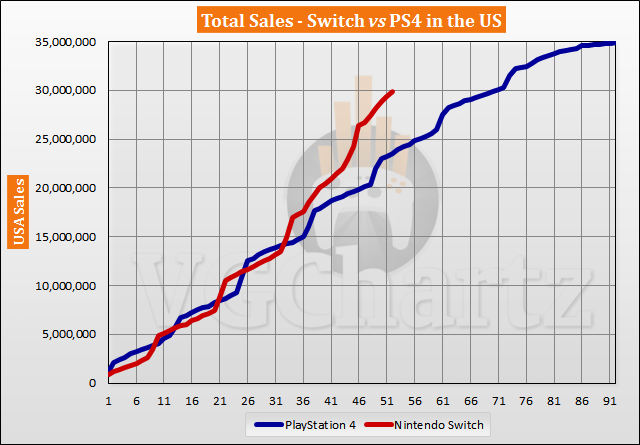 The PS4 did not reach the current Switch sales until month 71 where it sold a total of 30.10 million units.

The PS4 has been available for 92 months in the US and has sold 34.86 million units. The Switch is currently 4.95 million units behind the lifetime sales of the PS4.

Switch already has a 18-month advantage right now, and if it sells about as well as the Switch did last year, then it could surpass pS4 total sales by end of the year, only 5M to go for he second half of the year.