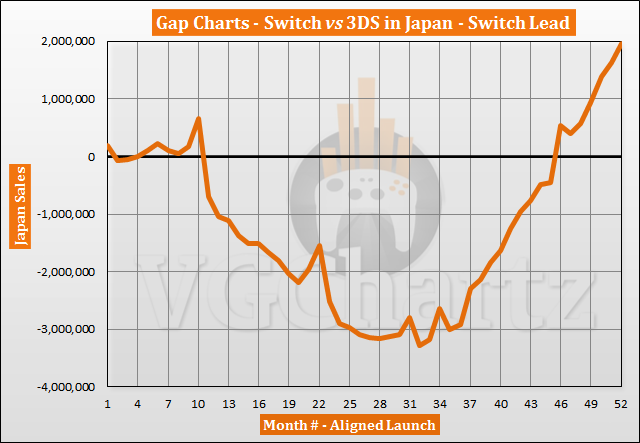 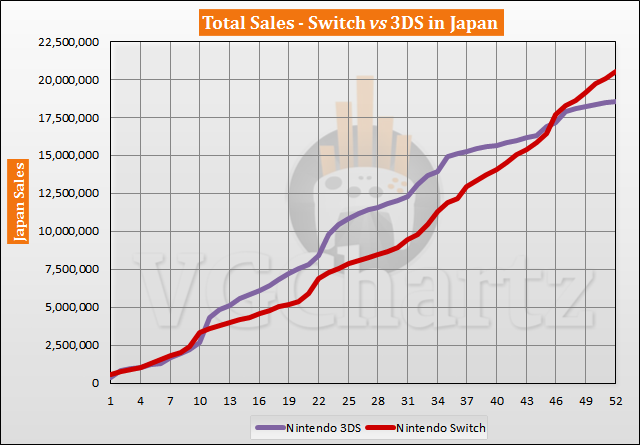 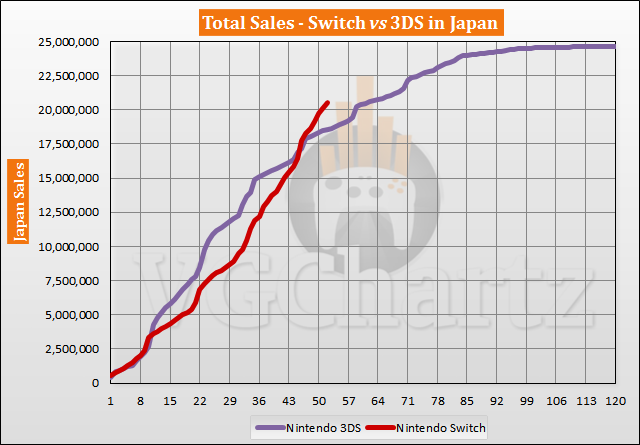 Switch seems to be on track to overtake the 3DS in Japan next year.
I won’t be surprised if it also proves to have a longer lifespan than 3DS in Japan with much stronger sixth and seventh year on the market.

Shippment wise, Nintendo announced that they were at 21.20 million in Japan on June 30th, so I would say by the end of the year actually.

Ah that’s interesting. Seems there’s a little bit over half a million difference between the Nintendo shipment and the sell through that famitsu is reporting. We’ll probably see Switch clear 3DS hardware sales in Japan in the Famitsu numbers around the same time that Nintendo announces their sales for the quarter ending December 31st 2021.

Unfortunately this is not just saturation but the impending cliff. We really should remember how much the Wii's install base mattered in the long run, clearly meant little when the WiiU came about.