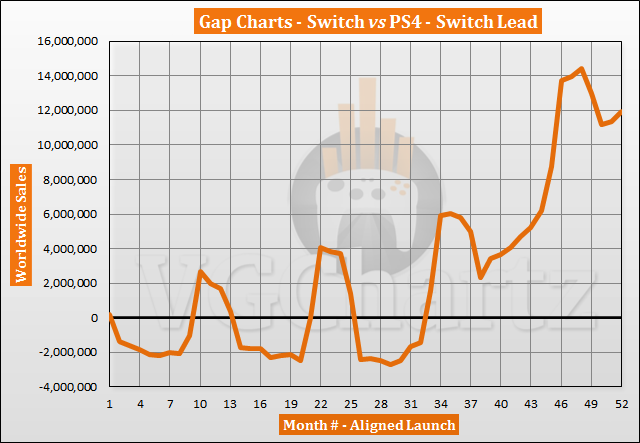 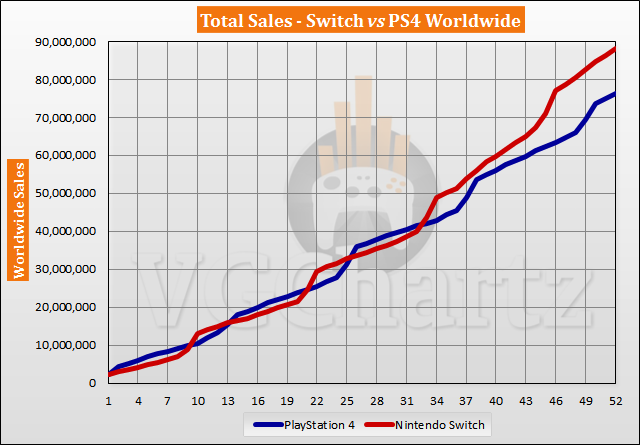 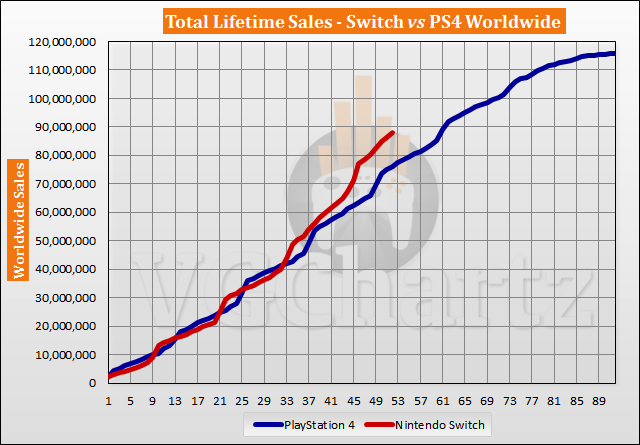 well this is most likely over...

Should be by the end of next year.

Probably earlier. Nintendo expects to reach 110 in March, and they usually round downwards.

It's possible, but I'm actually thinking that they will be closer to this FY's initial projection than they were for last FY's initial projection (and I'd imagine that the following FY will see slightly lower Switch sales, which would be understandable). Ultimately, I think it will be right below the PS4 (and Game Boy) right before Q4 2022 and then easily surpass them before the end of Q4.

I'd bet on the beginning of the 3rd at the latest. But we won't argue about a few months up or down either ahahaha.

Beginning of third quarter? Do you mean for the FY or the CY? If it's the latter, that would be by the beginning of July 2022 (or rather, end of June). Only way I can see that happening is if Nintendo exceeds their forecast, like you said. They have made conservative estimates these last 2 FYs, so we'll see if this next one is conservative. I think it really depends on what they have next year and when their stuff gets released.

Yes, I mean July. After all, Nintendo's predictions are reach 110 in March (although I personally think it will reach approximately 112-112). In 4-5 months, overcoming this 3-4 gap doesn't seem impossible at all.

But, as you say, it depends on so many factors. It all ends up as pure speculation.

Yeah, good or bad results at Christmas can change everything.

So basically, it's certain it'll be done by next year. Just a matter of which quarter.

The switch has that 3rd best selling console position in the bag. The question is whether it's gonna be the best selling ever or not