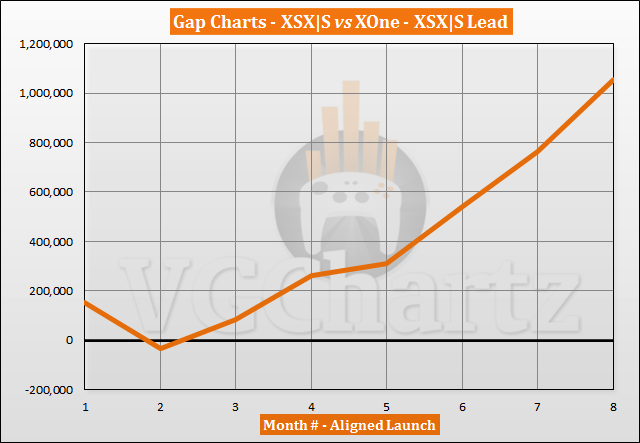 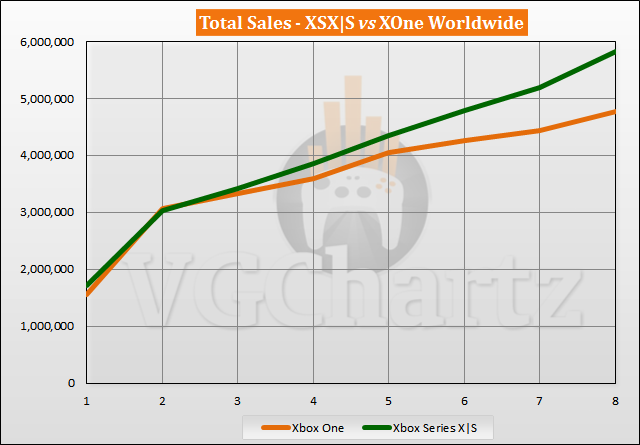 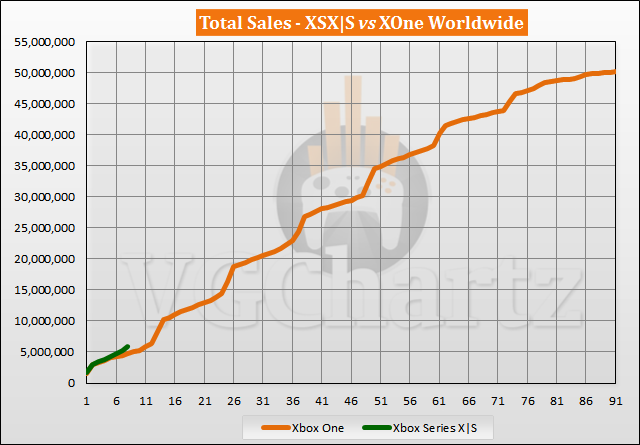 Where would we be if Xbox one did not start at $499.00 with mandatory kinect and Xbox series X/S production issues?

Of course, considering Series is supply constrained - especially in its biggest markets: the anglophone countries, Mexico and Brazil - and that the Xbox One's peak year was 2015, Series' porcentual advantage should keep going up and up with time and more particularly from the start of 2023 on. I say it reaches 75 or 80 million consoles sold while PS5 sells something like 130 or 135.

Maybe you're right, but I'm not sure there's enough demand at the moment to sell 215M in a single generation (combined).
In the last three generations, PS+Xbox have always managed to sell around 170M. No matter how much they expand the market by officially launching consoles in new countries, I don't think there are enough users to sell 215M.

Especially given that this last gen has a lot of customer rebuy with the pro consoles. Most everyone I know went from a ps4 to buying a pro myself included

True enough. I don't think the price of the pro versions (600€ approximately) will allow a big wave of repurchase. Quite the opposite, I think second-hand consoles will grow in this generation.

The gap is twice as big as between PS5 and PS4. Looks promising so far.