Switch vs Wii Sales Comparison in the US – April 2021 - Sales 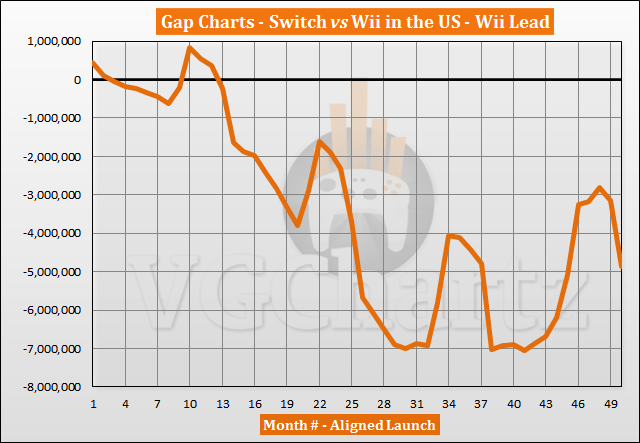 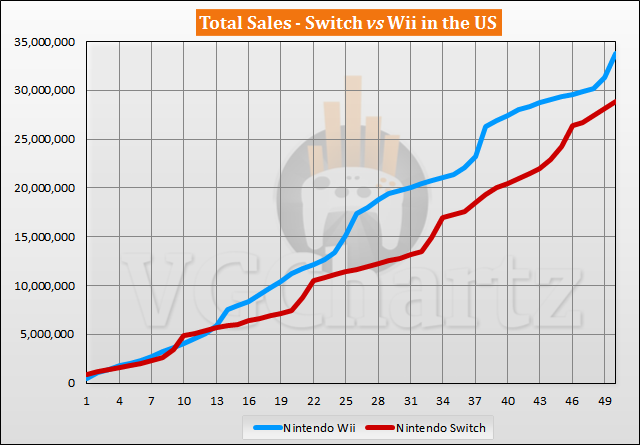 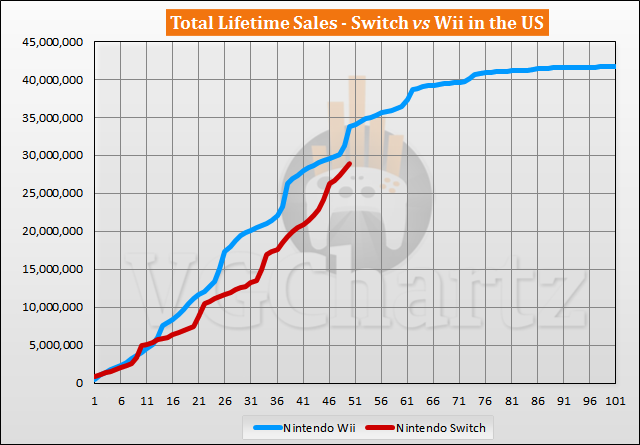 The 50th month for the Nintendo Switch is April 2021 and for the Wii it is December 2010. The Switch has sold 28.86 million units, while the Wii sold 33.73 million units during the same timeframe. The Wii sold current Switch sales in month 44.

The Wii sold 41.70 million units in the US during its lifetime. The Switch needs to sell another 12.84 million units to outsell the Wii.

I expect the Switch to surpass the Wii around month 65.

I’m looking forward to the Switch fighting back. I’m expecting Switch to win this one.

By the end of the year, Switch will pass the Wii. The main question will be wehter the Wii will pass the Switch again one last time during it's holiday season or not.