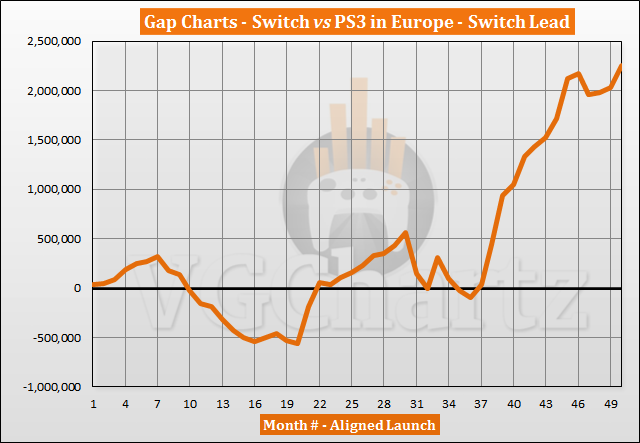 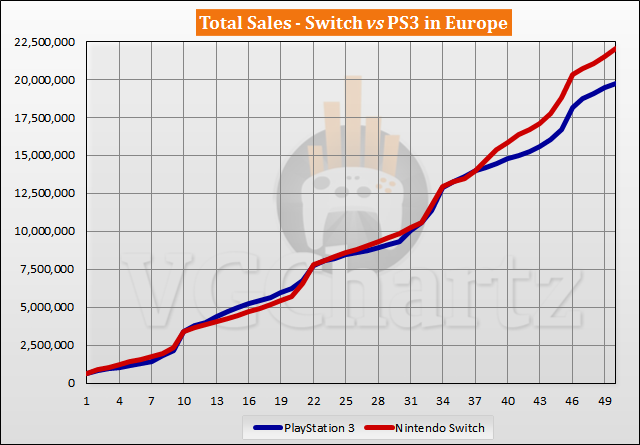 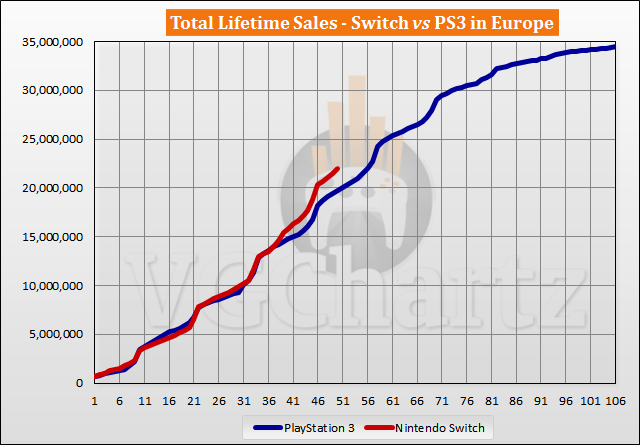 It 's funny how PS3 and Wii are close to 35 million sales on Europe but the Slow start of PS3 + Good Legs make it look easier for Switch than Wii.

I forget for just how long the PS3 was their flagship.
Didn't flatten out until its eighth year on market!
And those early legs, even when the system was still oversized and overpriced.