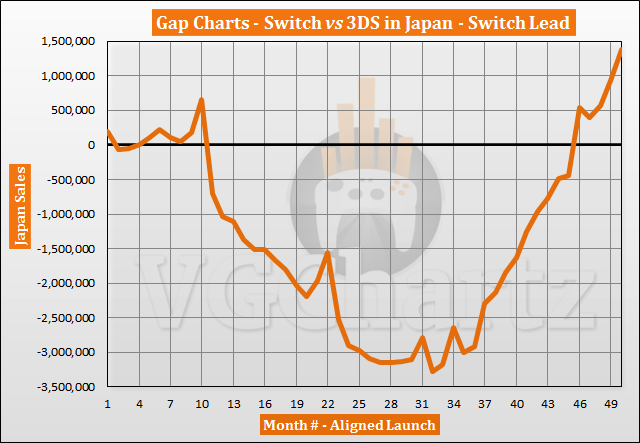 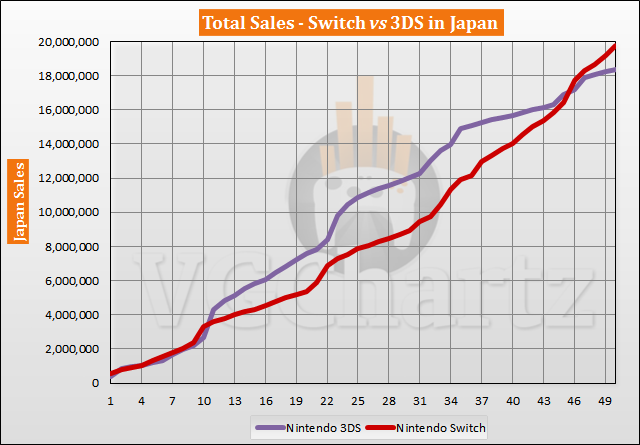 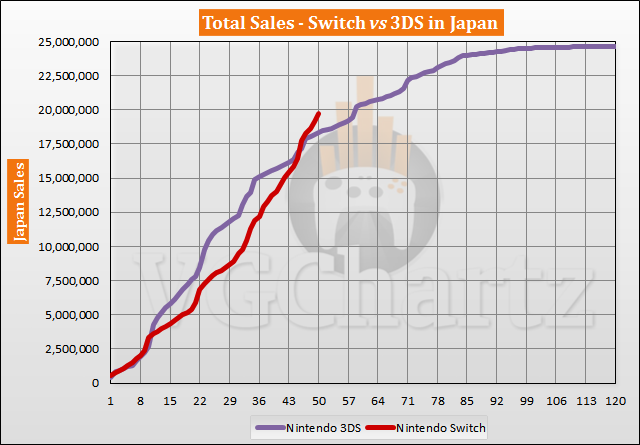 The 3DS has sold 24.65 million units lifetime in Japan through April 2021. The Switch is currently 4.90 million units behind the lifetime sales of the 3DS.

Normally when it's hard to see a holiday period on a graph it's because of poor holiday sales, with Switch in Japan it's because it has holiday level sales all year round.

So, at this rate, the Switch will outsell the 3DS in Japan in about a year. Less if the new version actually gets enough units to avoid supply issues. Considering the 3DS is the third best selling console in Japan, that's quite impressive. Also, the Switch will beat the PSP's japanese numbers soon enough, it sold around 20m in total over there, I believe.