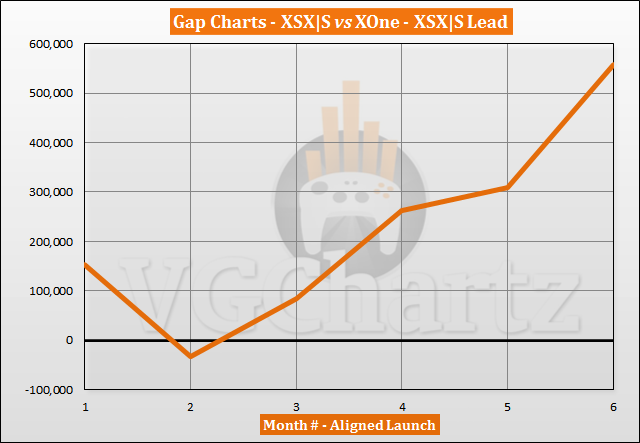 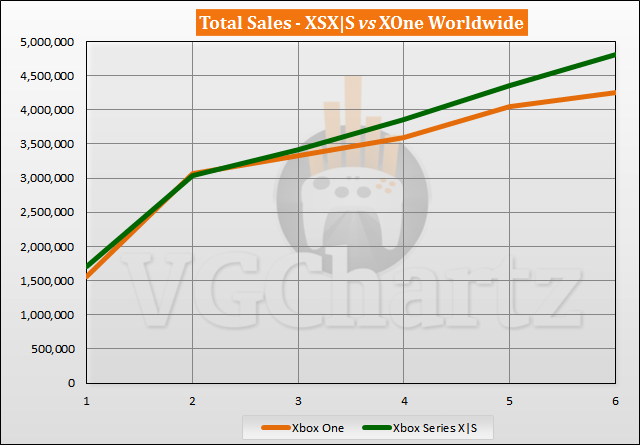 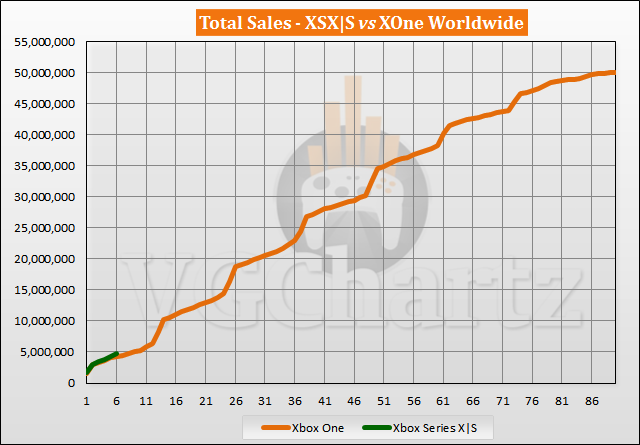 The XBX|S is doing better than the XBONE to a higher degree than PS5 over PS4.

while I can agree and I'm pleased for Series X/S. it's like saying i jumped a 10 metre wide ditch by 3 metres and the other guy only jumped a 20 metre wide river by 2 metres and since both are supply constrained it doesn't tell us a lot about future progression .
I see it going up and down depending on production volume combined with both parties future games schedule , my thoughts are production should favour Sony with future games pushing up both but having a greater effect percentage wise for Series X/S especially if they can make their acquisitions count.

I think that's a bit harsh. The Xbox 360 was considered a big success, and the Xbox One was similarly successful to the 360 (the 360 had more units sold, but not likely more units actually in use given all the failures, and Xbox Live statistics seem to bear that out). What really changed was the PS4 replaced the Wii as the top-selling console, but the 360 and XBO had similar levels of success. The Series X|S are likely to be more successful than either the One or the 360.

My reply was in regards to Chico's comment and only concerned PS5 and Series X/S to show how % increases on there own without regard to volume doesn't show the whole picture,