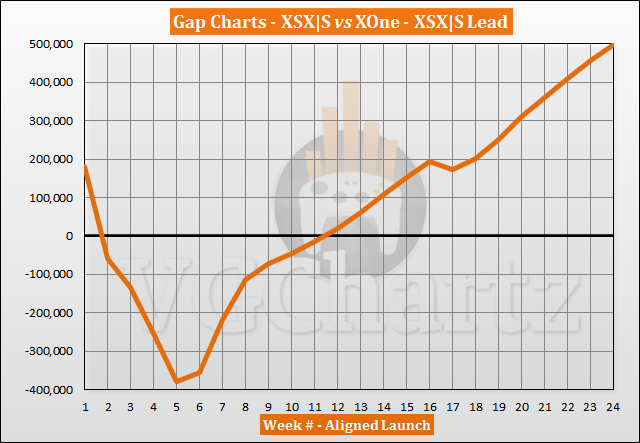 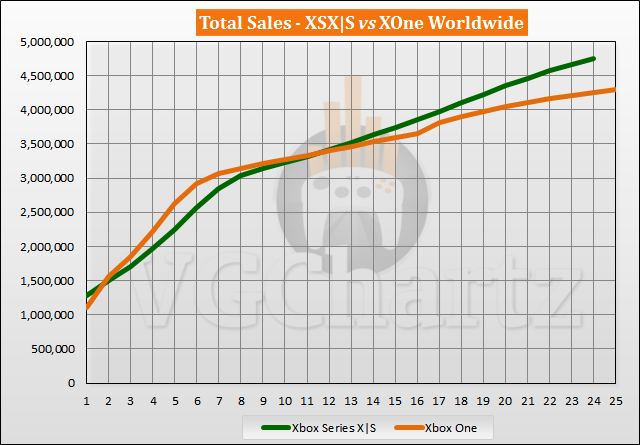 The series isn't doing leagues better, but it's at least a positive sign for microsoft.

One big difference is the Xbox One could easily be found in stores at this point, while the Series X is sold out everywhere and the Series S is sold out in a lot of places.