Switch vs Wii Sales Comparison in the US – February 2021 - Sales 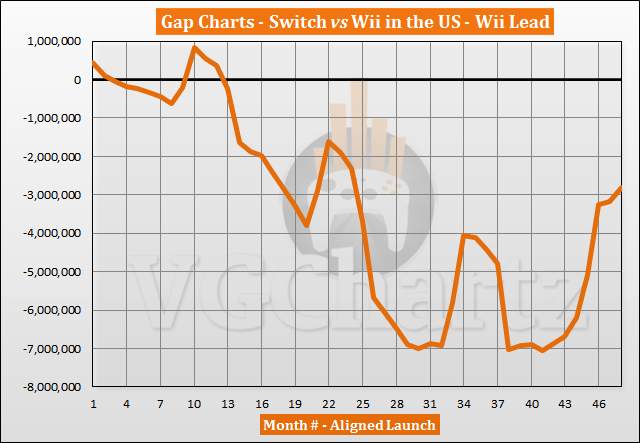 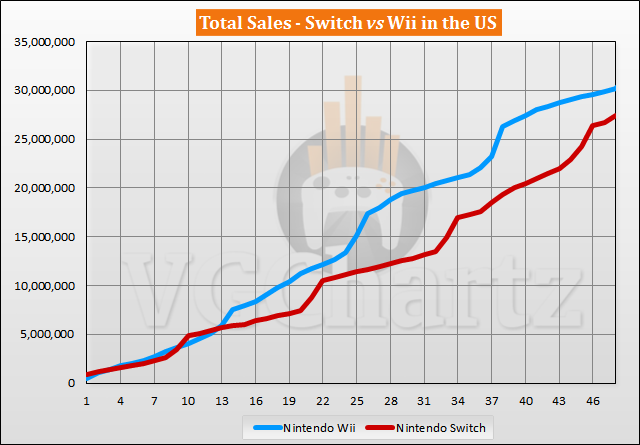 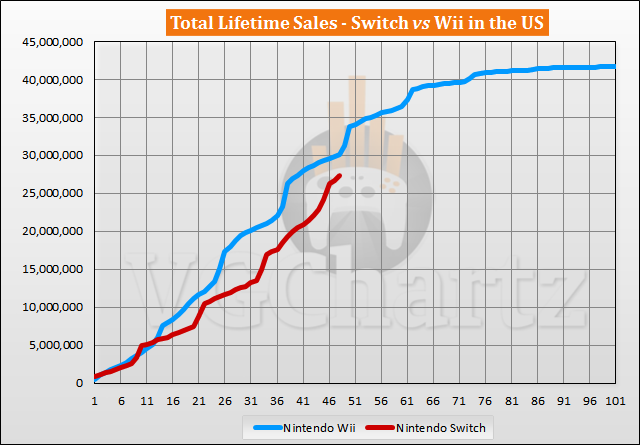 February 2021 is the 48th month that the Nintendo Switch has been available for in the US. During the latest month, the Switch caught up to the Wii when you align the launches by 363,332 units. In the last 12 months, the Switch has outsold the Wii by 1.61 million units. The Wii is currently ahead of the Switch by 2.81 million units.

The 48th month for the Nintendo Switch is February 2021 and for the Wii it is November 2010. The Switch has sold 27.36 million units, while the Wii sold 30.17 million units during the same timeframe.

The Wii sold 41.70 million units in the US during its lifetime. The Switch needs to sell another 14.34 million units to outsell the Wii.

Yeah that's what I was thinking. Right around 10 million for the year will pretty much end this contest. Other than the Wii having a short comeback.

Next up the Wii holidays, we will have to see how much it sets the Switch back. But I think the gap will be smaller than last Wii holidays. Also Switch January and February numbers beat the Wiis late year numbers before the holidays, which already shows great momentum and indicates that after the holidays Switch will keep on closing that gap.

I think that's a misprint. The 48th month for the Wii would have been October 2010, not November

oh yes, you are right.