Switch vs PS4 in the US Sales Comparison - February 2021 - Sales 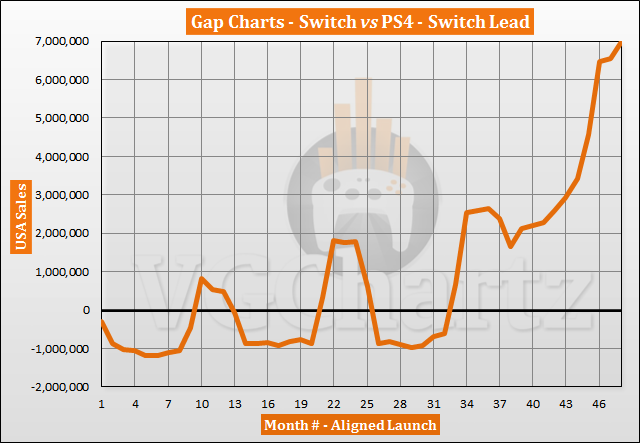 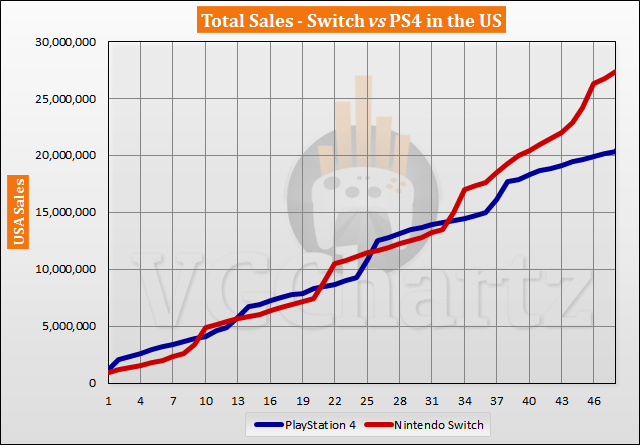 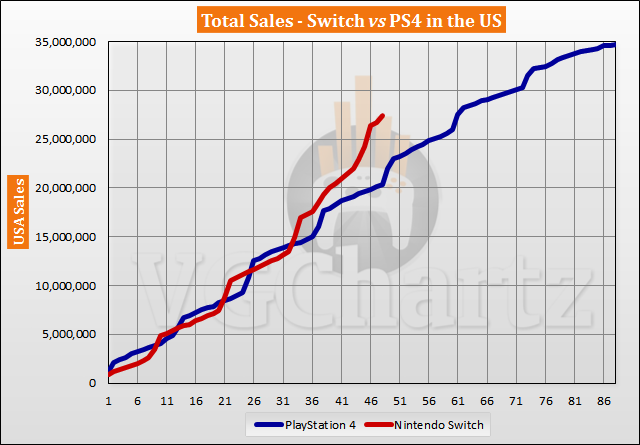 The 48th month on sale for the Switch is February 2021, while for the PS4 it is October 2017. The Switch has sold 27.36 million units, while the PS4 sold 20.37 million units during the same timeframe. The PS4 did not reach the current Switch sales until month 61 where it sold a total of 27.50 million units.

The PS4 has been available for 88 months in the US and has sold 34.67 million units. The Switch is currently 7.31 million units behind the lifetime sales of the PS4.

Unless I'm missing something, it seems like the switch is going to outsell the ps4 in the US around the end of this year. Maybe early next year.

I told you that cliff is coming! The Switch is now climbing the cliff

They were right, just holding the chart upside-down...

The switch is a beast in the USA

Most likely it's going to sell over 50M in the U.S alone

Switch's aligned lead is pretty much insurmountable by this point

Switch ain't looking back this Holiday it outsells PS4 in US

Wow. Not even the holidays for PS4 could chip away from the lead of the Switch, it just didn't grew for two months. Now Switch has already the level of sales the PS4 will reach in it's next holidays. Maybe Switch can outsell the PS4-lifetime in this year (for the US obviously).

1, possibly 2 more holidays and Switch lead will be unassailable.