Switch vs Wii Sales Comparison in the US – January 2021 - Sales 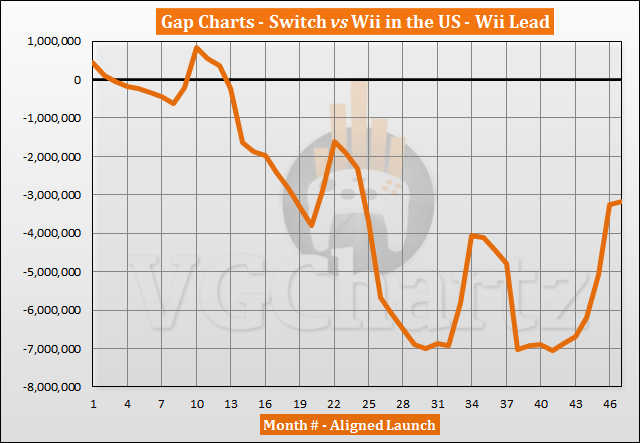 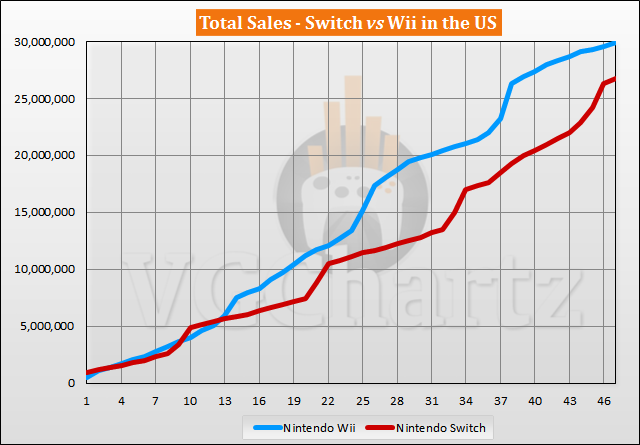 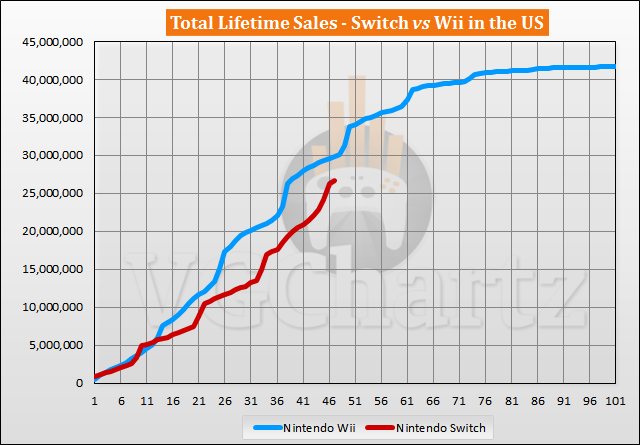 January 2021 is the 47th month that the Nintendo Switch has been available for in the US. During the latest month, the Switch caught up to the Wii when you align the launches by 75,981 units. In the last 12 months, the Switch has outsold the Wii by 932,336 units. The Wii is currently ahead of the Switch by 3.17 million units.

The 47th month for the Nintendo Switch is January 2021 and for the Wii it is October 2010. The Switch has sold 26.72 million units, while the Wii sold 29.89 million units during the same timeframe.

The Wii sold 41.70 million units in the US during its lifetime. The Switch needs to sell another 14.98 million units to outsell the Wii.

I think 47th month for Wii was September not October.

Yeah, that's technically correct. Although the Wii did release later in November so I'm not sure how they're counting it.

14 million to go. I think the switch has a pretty good chance. I would almost say it's a sure thing, but it's hard to say for sure yet. Two years like 2020 would do it. But as long as they don't replace it until late 2024 or early 2025, the switch should have it.