Say what you want about Capcom, but the company certainly doesn’t give up easily. Despite past attempts to spin-off its traditionally single player horror series into a multiplayer shooter being met with mixed to poor receptions, Capcom is still giving its all. With that in mind, here comes Resident Evil Re:Verse (yes that is somehow a real title that someone was presumably paid to make). A closed beta this past week gave some insights into how this latest foray will play. Is this shaping up to be better than Capcom’s prior offerings, or is Re:Verse another incoming disappointment? 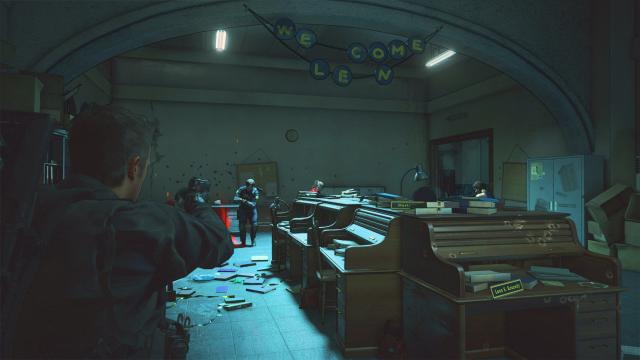 Resident Evil Re:Verse, which I can only assume stands for Resident Evil Resident Evil: Verse, functions a bit like an odd version of Halo’s infected mode. Players start out controlling one of six Resident Evil protagonists within the parameters of a standard deathmatch; trying to kill each other with typical Resident Evil third person shooting controls. Upon death, your character will mutate into a bioweapon, which is more durable and stronger, but less agile and often lacks ranged options.
However, Re:Verse diverges from a more typical zombies/infection mode in two key ways. The first is that, after dying and turning into a zombie/bioweapon, players don’t team up to take out the remaining survivors. The game functions as a free for all the entire time. The second, and perhaps more notable distinction, is that after dying as a zombie you respawn as a human, creating a cycle of human, into zombie, into human, into zombie... etc. Players gain points for securing kills, and at the end of the round the player with the most points is declared the winner. 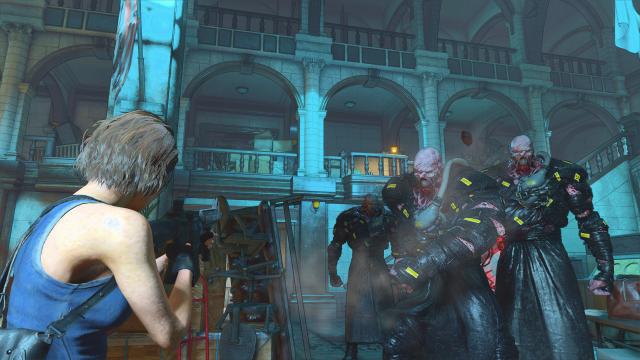 By itself this might seem like a rather bland competitive shooter, but Re:Verse does manage to add an extra layer of variety by giving the playable characters unique weapon layouts and skills. These can range from health regeneration (Leon), to camoflauge (Hunk), to placing landmines (Jill). While these don’t seem especially related to their depictions in previous titles, it does help to differentiate the playable characters and gives each of them their own twist.
But while Re:Verse does a reasonable enough job with character variety, it stumbles a bit in regards to the core gameplay. Controlling and shooting feel analogous to the RE2/3 remakes, and while that handles fine in a single player horror title, it’s just not something that translates over well to a competitive PvP shooter. Perhaps the biggest impediment is that, like the remakes, you can’t shoot while sprinting, a decision that feels out of place in a game that seems like it’s constantly asking you to move quickly. Dashing across a room only to come to a near standstill while shooting interrupts the flow of the match and just feels bad. 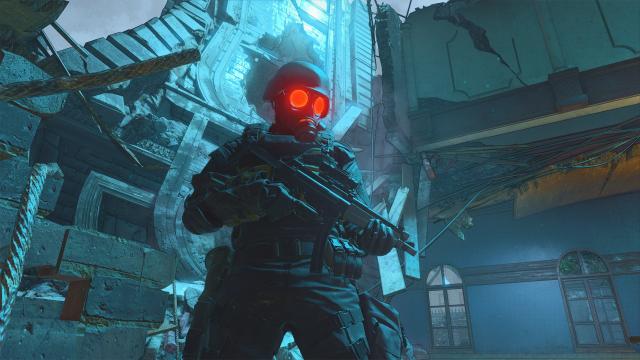 This is probably what spurred the inclusion of a RE3 remake style dodge mechanic, which does add some variety to the movement. While it feels a little incongruous with the usual movement of the game, it makes avoiding attacks far less annoying than it would otherwise be. One downside comes with the rather zoomed-in camera, though, which makes it rather difficult to use in situations where you’re being chased by a monster from behind (as it’s very difficult to see when they’re about to attack).
And speaking of the monsters, playing as them has its ups and downs as well. There are a number of different monsters you can turn into upon death, and the strength of the monster you become depends on how many collectible canisters you find when you’re a human. While the low level monsters are slow and boring both to play as and avoid, collecting enough canisters allows you to become one of the major antagonists of past RE games, like Nemesis, Mr. X, or Jack. These guys are pretty fun to play as; bursting into a room and watching several players scramble to get away from my rocket launcher as Nemesis is a sadistic adrenaline rush. 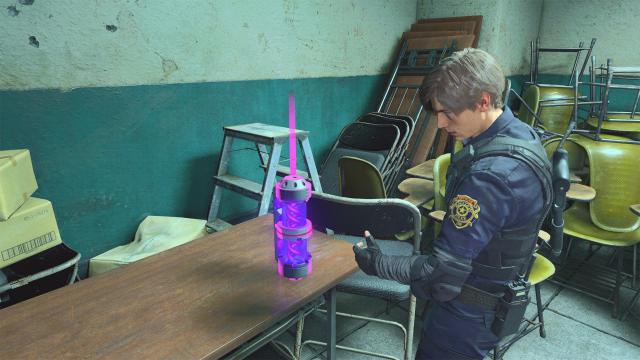 Overall, there is some fun to be had in Re:Verse, and it is probably the best heavily shooting-based Resident Evil spin-off that Capcom’s made (excluding mercenaries mode from prior titles), but that isn’t a very high bar to clear. There needs to be a lot of work done with general polish and I’m still not convinced that the movement of standard RE titles will ever translate over cleanly to a PvP format, but at least it might be worth playing around with for a bit as a distraction after you get tired of playing Resident Evil Village when it drops.

The asymmetrical MP game included with RE3, Resistance, was very good and could have become much more popular had they made it available outside of a RE3 purchase.

Nemesis looks so damned derped out in that initial picture.