If Tohu was judged only by its artistic merits, it would be a clear game-of-the year contender. Thanks to its dreamy music, courtesy of Hollow Knight composer Christopher Larkin, and enchanting hand-crafted artwork, it makes a big impression. Regrettably, other major components of the game — story, gameplay, puzzle design, and value — are only decent by comparison. Overall, Tohu is a pleasant, diverting point-and-click adventure that comes up short in a few areas.

Set in a wonderful world of living fish planetoids, Tohu follows The Girl, a good-natured child who sets out on a quest to fix the Sacred Engine, a powerful mechanism sabotaged by a mysterious cloaked figure. During her quest, The Girl will visit many whimsical planets filled with impossible characters and creatures. 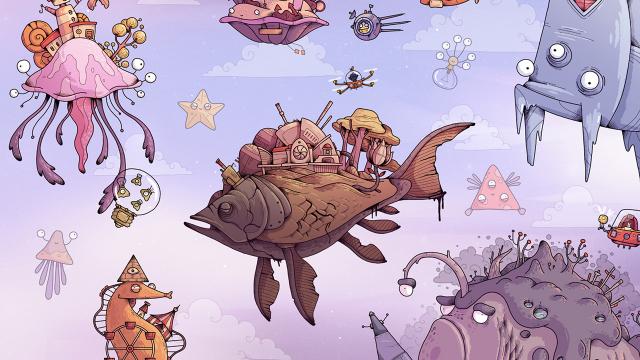 The setting in Tohu is brilliantly preposterous, but sadly it fails to inspire an engaging narrative. The Girl — and her robotic alter-ego Cubus — are lots of fun, as are the assortment of random citizens you'll meet: the forgetful tinkerer Juncle, the miserly Broker, the flamboyant Illusionist, and many more. Yet there isn't much tying them all together. The stakes are never laid out thoroughly, and the history of The Girl, Juncle, and even the world itself — a fascinating mix of organic and mechanical elements — is never fully explained. Most confusing of all, the game rushes towards an abrupt, unconvincing denouement.

While independent developer Fireart Games struggles to stick the landing in terms of story, it mostly delivers on the puzzle front. Tohu is a classic point-and-click adventure, with puzzles focused on reading clues, deciphering item synergies, and finding the right tool for the job. The game is at its best when it deposits The Girl on a weird fish planet, shares a few vague clues, and lets players unlock its riddles. Highlights include the Broker's planet, on which The Girl must outwit a sentry, scare off an usher, and collect three tickets; and the final Keeper's planet, where she travels backwards and forwards in time to solve some multi-step puzzles. 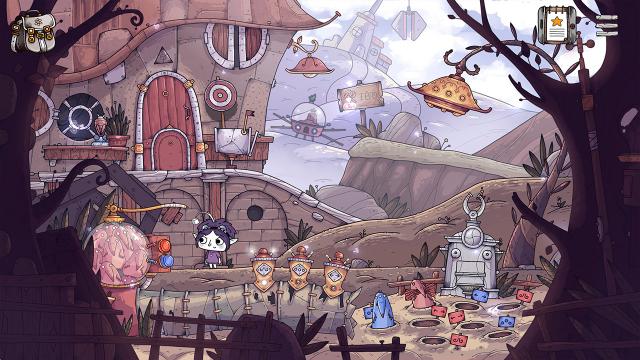 Where a lot of adventure games can be frustratingly illogical, forcing you to think far outside the box, Tohu is refreshingly straightforward — potentially a little too straightforward. Since there are only a handful of screens per planet, and a journal system that provides a puzzle-solving starting point, you shouldn't feel overwhelmed. Depending on your background in point-and-click games, you might finish the game in four to six hours.

Tohu also provides a hint system, although you may not need it. It's worth mentioning, however, due to its unique structure. To access a specific hint, you'll need to first best a timing mini-game. Once done, Fireart won't spell out the solution, but rather provide an image to guide you on your way. While the mini-game seems superfluous, the idea of a visual hint is splendid. It provides some direction, but still empowers players to arrive at the conclusion themselves. 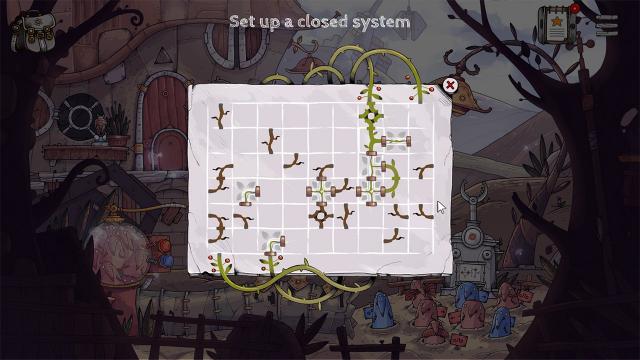 While most of the puzzles in Tohu strike that comfortable middle ground between engaging and frustrating, there are a few nasty exceptions. At times, the game steers away from its successful formula of logic-based, environmental puzzles and embraces trial-and-error problems. This happens early on with a tedious puzzle where The Girl positions elbow joints to form a closed circuit and later in the game with a diabolical bamboo puzzle in which players must arrange leaves to allow for the continuous flow of water. There are no delicious a-ha moments here, just exhausting experimentation.

As mentioned earlier, the audiovisual component of Tohu is spectacular. Every screen is a work of art, thanks to lead animator Aslan Almukhambetov and concept artists Dzmitry Kazam and Dan Gartman, and each fish planet comes to life due to Larkin's plucky, fluid soundtrack. 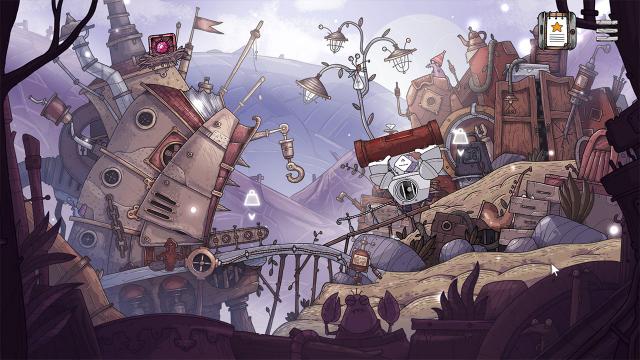 When judged in its totality — graphics, sound, gameplay, puzzle design, and value — Tohu earns decent marks. Its characters are fun, its puzzles are mostly fair, and its production value is extraordinary. At the same time, it embraces a handful of tedious trial-and-error problems and its narrative fails to deliver a satisfying payoff. Ultimately, the game is an okay choice for point-and-click adventure fans, particularly those looking for great music and art design.

This review is based on a digital copy of Tohu for the XOne, provided by the publisher.

The art direction looks great. And those creature designs are very inventive. Shame the game belongs to a genre I can't stand :/