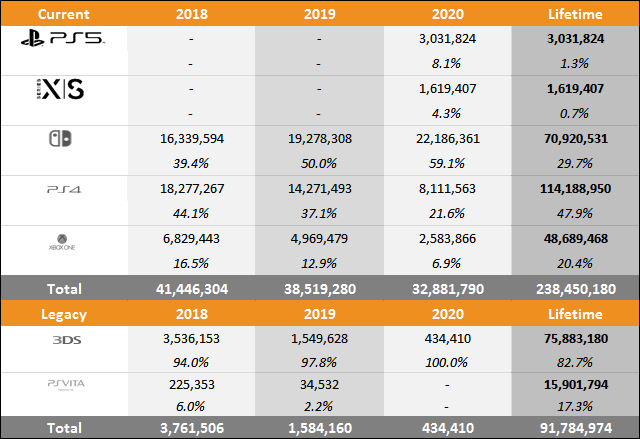 Don't disrespect Sony with that thumbnail, VGChartz. Nintendo Switch has taken 2020. Sony will have more stock for PS5 in 2021 so we shall see then.

A fitting picture for this article. Switch owns both the PS5 and XSX|S.

Only a matter time tell the Switch surpasses 3DS and GBA Lifetime Sales.

So for Switch, 25% YoY increase in December would result in doubling last year numbers. That'd be something.