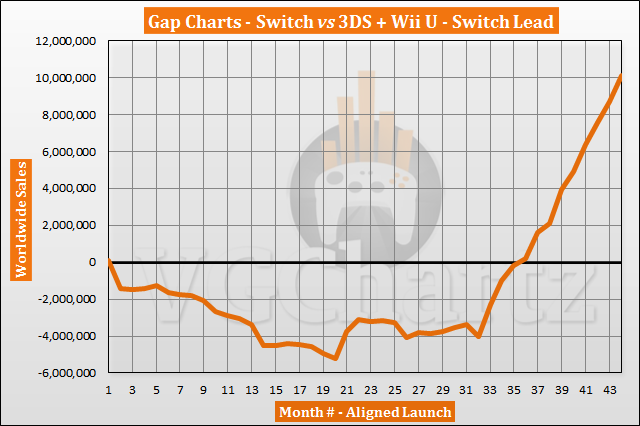 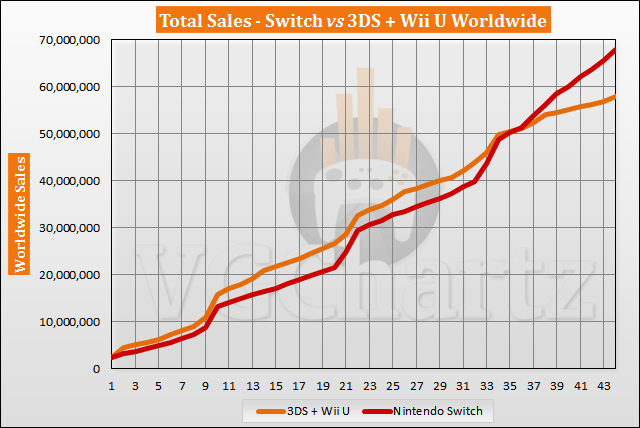 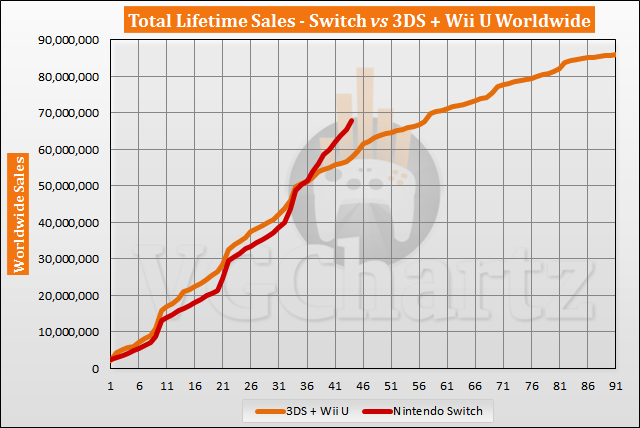 To infinity, and beyond!

by the end of the holiday, switch will be ahead by at least 1 wii U