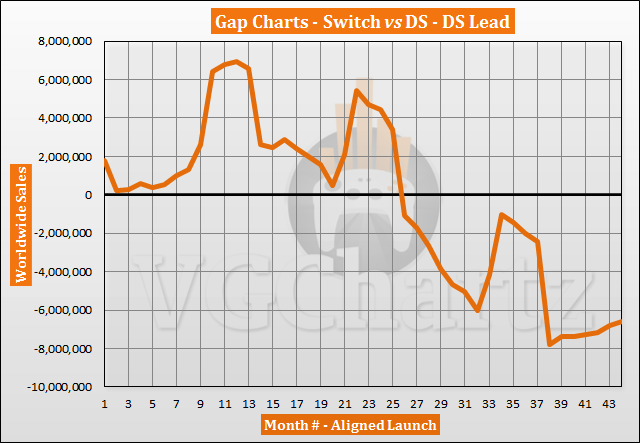 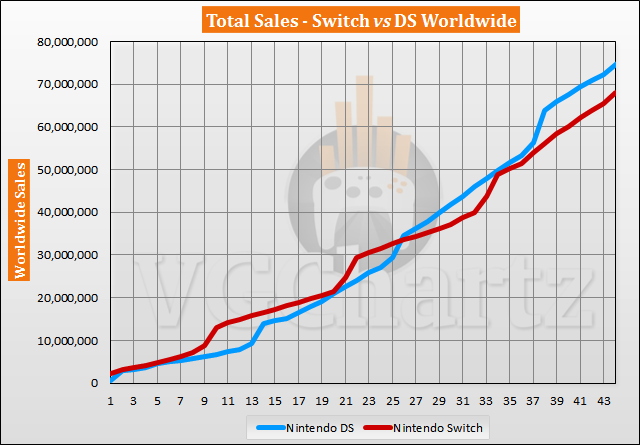 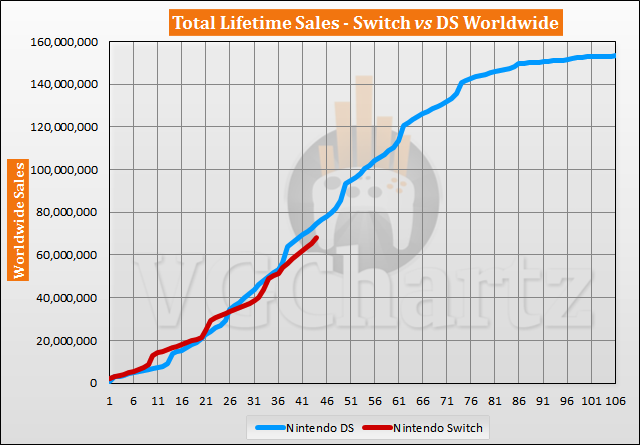 October 2020 is the 44th month that the Nintendo Switch has been available for. During the latest month, the gap grew in favor of the Switch by 219,872 units when compared to the Switch during the same timeframe. In the last 12 months, the DS has outsold the Switch by 545,884 units. The DS is ahead of the Switch by 6.58 million units.

The 44th month on sale for the Nintendo Switch is October 2020, while for the DS it is June 2008. The Switch has sold 67.97 million units, while the DS sold 74.55 million units during the same timeframe. The DS reached current Switch sales in month 41.

While I still believe DS will win against the Switch in sales, it won't be as easy as we all originally thought, it seems like the Switch is on pace to sell in the 130s or 140s million so it might not be too far off from the DS, 2021 I think will determine whether or not it has a good chance of surpassing the DS. However, it looks like it'll be close for now.

Yup well said, we will see next year how Switch's demand is post-next gen release and what Nintendo's cards are for the Switch.

The fact that the Switch can keep up with the DS at it's height is already amazing, but on top of that it's even slowly closing the gap right now, which is absolutely bonkers!

The DS was something else, for the Switch to be keeping up is absolutely incredible.

The next holidays for DS are bonkers. But with luck Switch will be shortly ahead after it's holidays.

DS month 45&46 are 3.6 million.... so to take the lead Switch needs 10.2 million for Nov/Dec.... this is gonna come down to how many Nintendo is able to push out to stores. I think it will be pretty much neck & neck for months 47&48, then as you say, DS holiday 08 will probably increase the gap back to 8million or so and Switch will have to continue to sell 1.5million + every month just to avoid losing more ground.
We will have to wait & see what the post holiday sales are like, but atm I think Javi's 130-140 million lifetime is the safe bet.