FIFA 21 (PS4) has remained in first place on the French charts in week 42, 2020, according to SELL. The Xbox One version drops to third place and the Nintendo Switch version is down to fifth place. 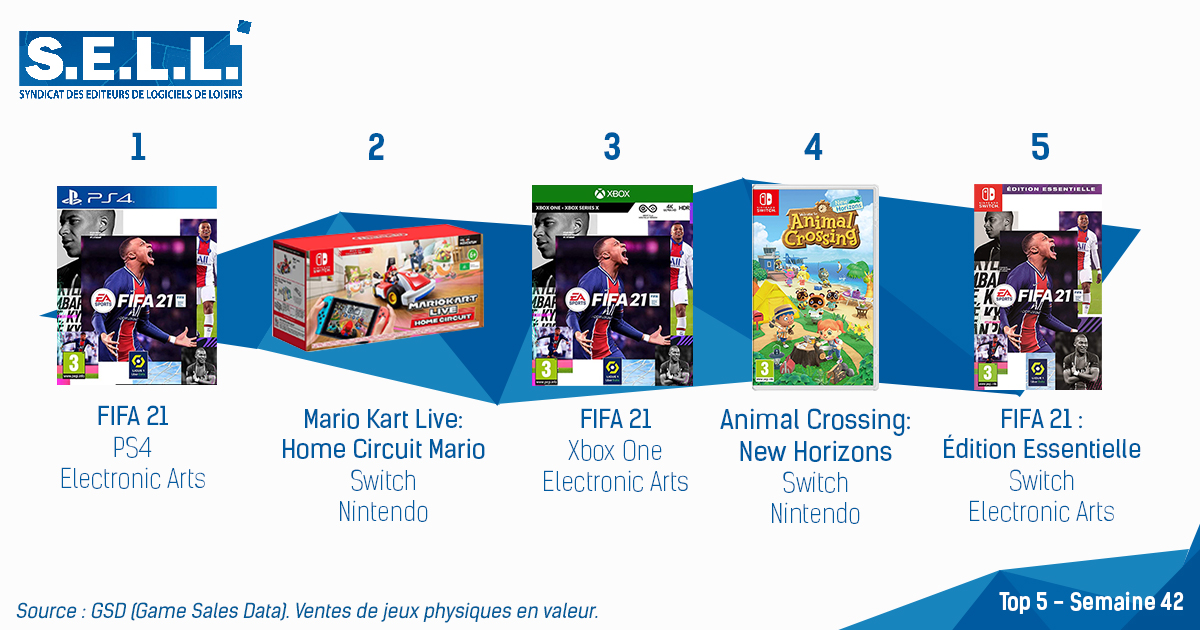