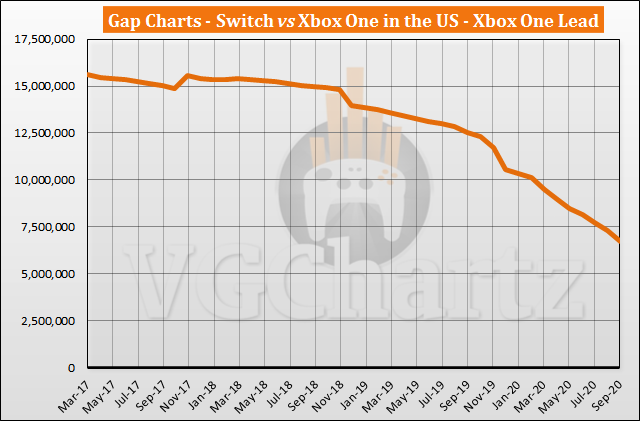 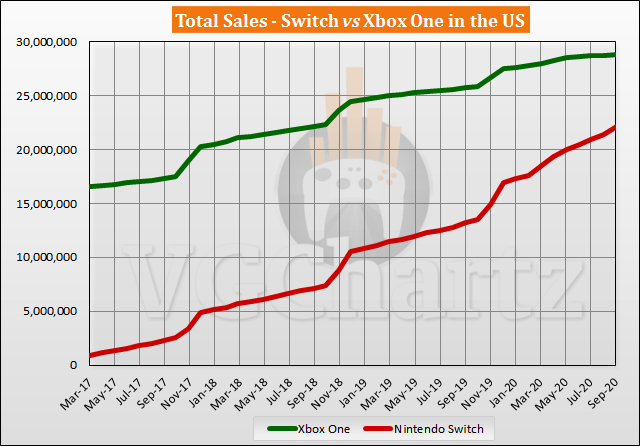 If you were to align the launches of the two consoles in the US the Switch would be ahead by 5.33 million units, as the Xbox One had sold 16.77 million units through 43 months.

The only market that Microsoft can lead in will be taken away in a matter of months.

not only that it will be last in its home region behind Sony and Nintendo.

Nintendo's legions are closing in on the capital.

It will be pretty close after the holidays and probably closes the gap before the next year is over.