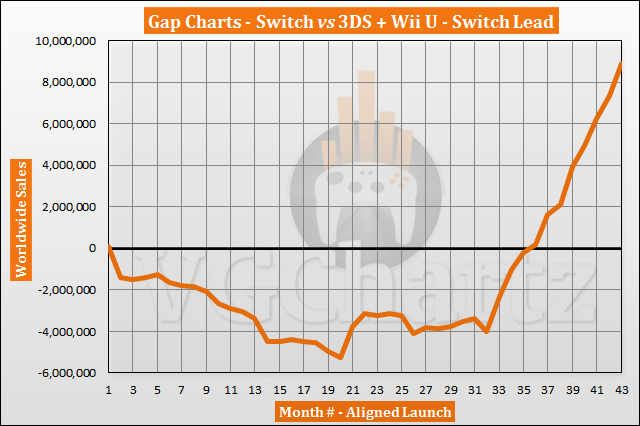 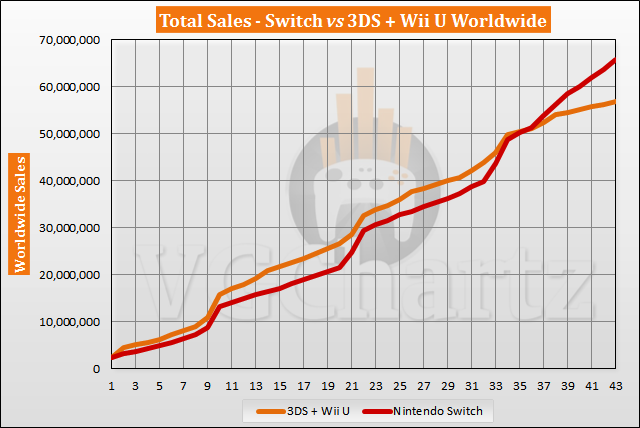 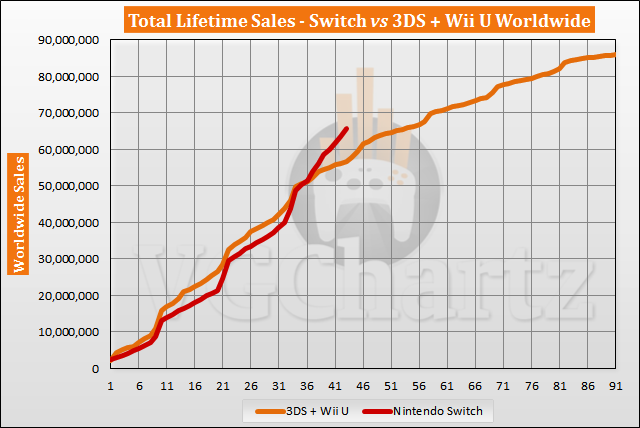 It's funny how at some point some people thought switch won't outsell the 3ds alone and now it's tracking ahead of both it's predecessors. Will be really interesting to see how it does by the end of the year.

If sales are similar in the last 3 months as they were in 2019 the Switch would be around 76 million units sold. So it is almost guaranteed the Switch will surpass the 3DS before the end of the year.

They don't have any accurate data for the Xbox.

Around 80 million for all the 3 XBOX combined launch allinied VS 61.44 million Switches.

The last graph is a good one to show anyone who still doesn't believe the Switch will pass 100m. With how comfortably it's overtaking 3DS+WiiU which did almost 90m, it would take a disaster for Switch to not reach 100m.

The Switch is going to surpass the lifetime sales of both 3DS and WiiU pretty soon. Should be able to pass the 3DS this year and both 3DS/WiiU by the end of the next one.