If somehow you missed Shantae: Risky's Revenge over the last decade, it's now available on Switch, in its final evolved form: Shantae: Risky's Revenge - Director's Cut. The second game in the Shantae series, which launched as a DSi exclusive and subsequently arrived on a myriad of platforms, Risky's Revenge is a 2D action-platformer with Metroidvania sensibilities. It looks as gorgeous as ever, and includes a few upgrades over the original DSi incarnation, included uprezzed portraits, a revamped warp system, and "Magic Mode" (essentially a hard mode).

The story in Risky's Revenge is pretty simple. A rogue pirate named Risky absconds with a rare, mystical artifact. In response, the local heroine Shantae, half-human and half-genie, rushes off to secure three magical seals before Risky does the same. 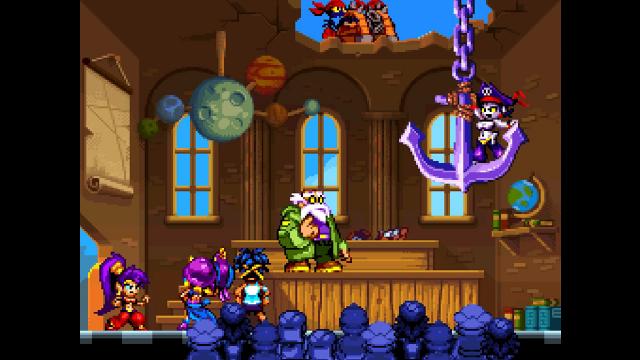 If the game's narrative is par for the course, its graphics are anything but. This was one of the most gorgeous games on DS, thanks to chunky, detailed character models and amazing sprite work and effects. It still looks spectacular 10 years later. In fact, it looks slightly better than the original release due to HD character portraits and a handful of presentation options, including 4:3 and widescreen (beware: the latter is not the best option).

On the gameplay front, Risky's Revenge unfolds according to a typical Metroidvania format. The half-genie heroine will investigate several different regions, fight baddies, leap over moving platforms, and return to already-explored areas with new skills to bypass obstacles. Skills in this case come in the form of animal transformations. As a monkey, Shantae can climb sheer cliffs; as an elephant she can bulldoze rock formations; and as a mermaid she can move freely underwater. Only with these transformations (and corresponding upgrades) can you access all the gated areas the game has to offer.

In terms of combat, you have Shantae's signature hair whip attack and three sub-weapons that rely on a mana meter. Using gems (easy to come by) and Magic Jams (not so easy), you can purchase and upgrade these sub-weapons at a shop. Overall, fighting in Risky's Revenge is straightforward and satisfactory, although not outstanding. 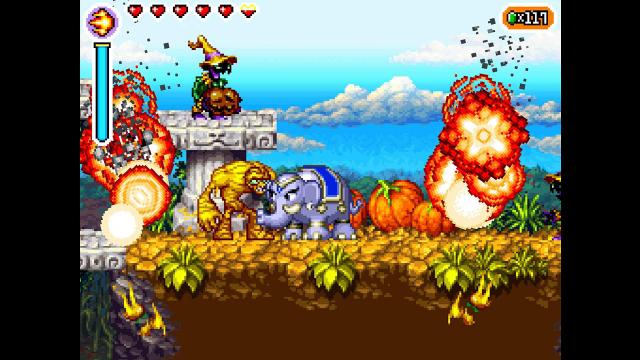 While Risky's Revenge remains great from an artistic perspective and solid from a gameplay perspective, it retains a couple of flaws on Switch. For one, its map is a bit of a mess. Instead of a standard 2D grid-based map, a friend to Metroidvanias for decades, it uses a multi-layered approach that's not particularly helpful. Moreover, it's tricky to determine where you have and haven't been, and the map disappears altogether inside dungeons.

That said, developer WayForward has made traversal easier in the Director's Cut, thanks to a revised warp system. In the DSi incarnation, you could only warp between paired pylons; here you can warp to any pylon, as long as you've previously activated it.

Another issue: the game is just too short. It lasts between four and five hours, even with extra exploration. There's a strong foundation in Risky's Revenge; it would be great to see it expanded upon. 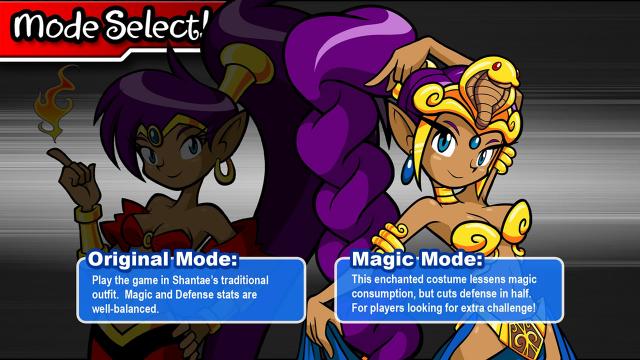 The inclusion of Magic Mode, unique to the Director's Cut, helps somewhat in that regard. It doesn't rearrange any dungeons or add extra content, but by making Shantae more vulnerable to enemy attacks it does provide a reason to replay the game, particularly for folks who found the base experience too easy.

Ten years later, Risky's Revenge remains a solid, gorgeous action-platformer. Its map is a mess and it's on the short side, but its reliable gameplay and spectacular sprites carry the day. Moreover, thanks to HD portraits, a fine-tuned fast-travel system, and the new "Magic Mode", it's better than ever.

This review is based on a digital copy of Shantae: Risky's Revenge - Director's Cut for the NS, provided by the publisher. 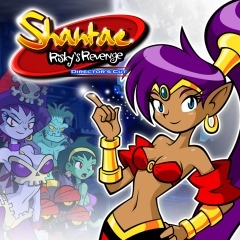