New Yakuza Game Will be Revealed on September 27 - News

Sega will announce a new game in the Yakuza video game series at Tokyo Game Show 2020 Online on September 27 at 20:00 JST during the Sega Nama stream.

The stream will feature "the latest information concerning the Yakuza series," according to the description. Co-host Ayana Tsubaki in a tweet that has now been deleted confirmed a new entry in the series will be announced. 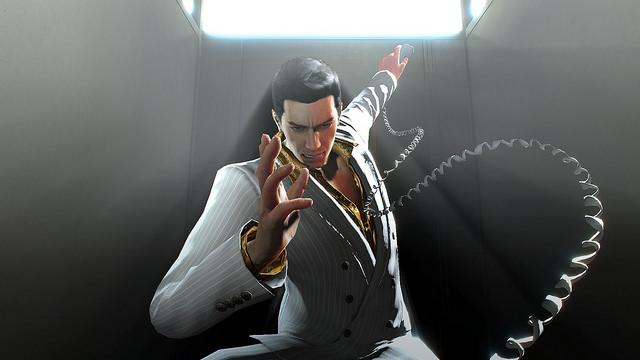 This week it was announced Sega is working with 1212 Entertainment and Wild Sheep Content to develop a live-action movie based on Yakuza. The Yakuza movie will be produced Erik Barmack, Roberto Grande, and Joshua Long. Wild Sheep Content is currently searching for scriptwriters.

Weird people saying that they're coming too frequent... we don't have a date, this is just an announcement. Yakuza 7 was released this year yes... it was also announced in 2017. This game they're announcing now might not release until 2023. Wait for the release date before you say they're "cranking them out" or "already?"

Not to forget in the past Yakuza games came out yearly.

I played Yakuza for the first time when Yakuza Kiwami was free on PS Plus. I'm glad I pulled through the first 30 minutes, since two years later I've played 0-4,6, and judgment.

0 was amazing, that story was one of the best in any game. Is judgement worth playing??

Yes, judgement is quite cool.

Just buy the collection, have 3, 4 and 5. They said there wouldn`t be a Kiwami because it was already on HD.

do yakuza games have decent sales? they seem to be makin a lot of these games lately! they do have a certain niche and have great review scores, at least people aren't complaining right?!

Well I really like the series so count me in. Still waiting the opportunity to buy the 7 and the remastered collection.

Used to be excited when a new Yakuza game was announced... now I'm just "meh". Sega is kind off milking the franchise at this point.

Man they just crank these games out.