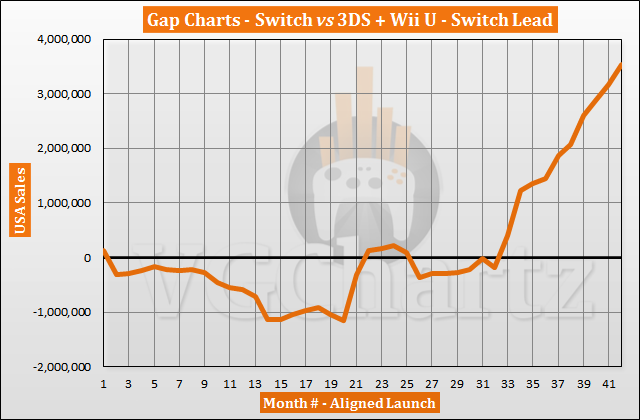 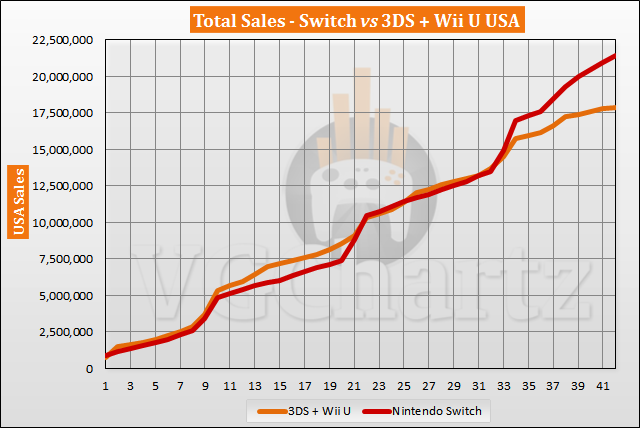 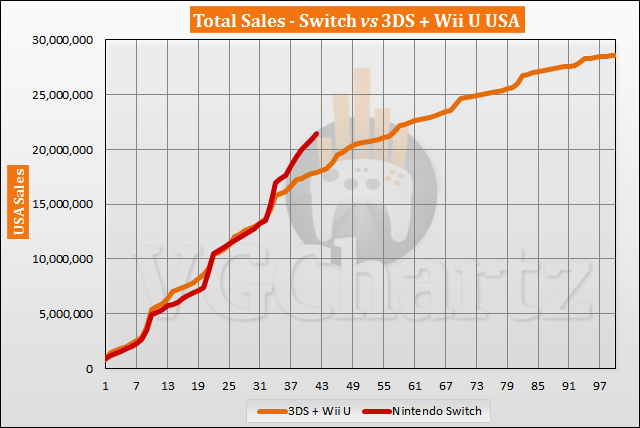 August 2020 is the 42nd month that the Nintendo Switch has been available for in the US. During the latest month, the gap grew in favor of the Switch when compared to the combined sales of the 3DS and Wii U during the same timeframe by 380,526 units. In the last 12 months, the gap has grown in favor of the Switch by 3.76 million units. The Switch is currently ahead of the 3DS and Wii U by 3.54 million units.

The 3DS and Wii U have sold a combined 29.19 million units in the US. The Switch is currently 7.76 million units behind. The Wii U has been off the market for a few years, while the 3DS is still on the market. 3DS production has ended, however, the handheld is still selling around 1,000 units per week.

15 months ahead. Yeah the switch will win this easy. I hope the switch continues to sell like crazy maybe with 2021 even outselling 2020

The way it's going, having a comparison Switch vs 3DS+Wii U in Japan might be interesting if you don't want to go straight to DS as next opponent.