Ghost of Tsushima (PS4) has remained in first place on the French charts in week 30, 2020, according to SELL.

Animal Cross: New Horizons (NS) is up one spot to take second place. Paper Mario: The Origami King (NS) dropped from second to third place in its second week on sale. Mario Kart 8 Deluxe (NS) has re-entered the top five in fourth place. 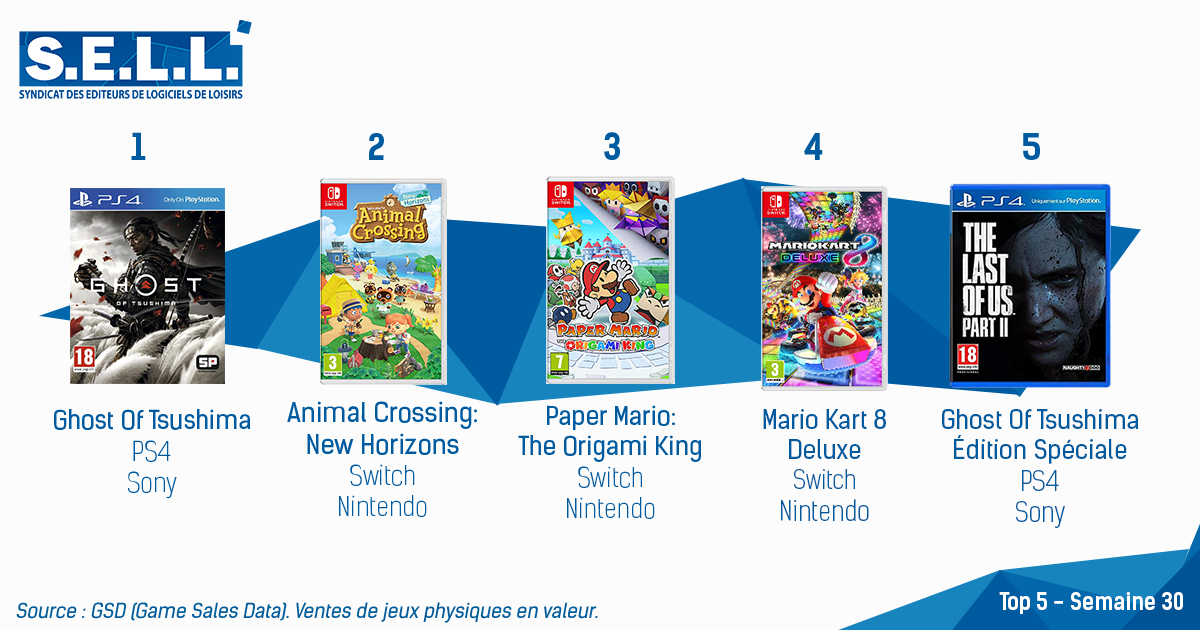