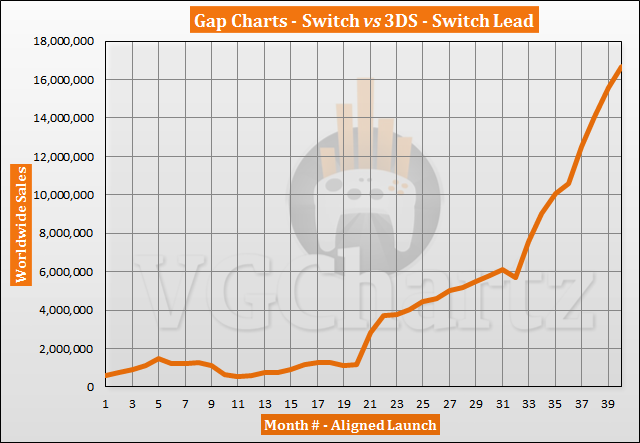 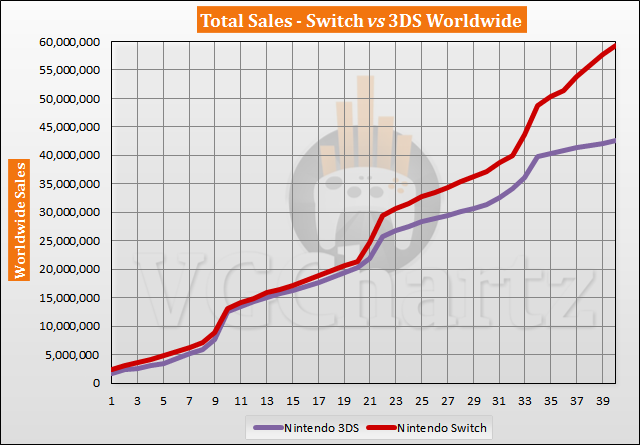 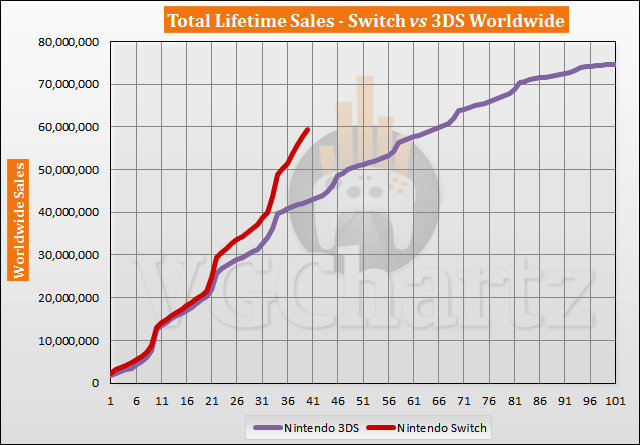 Wow, only half way through its lifecycle and already 16+ million ahead of a system that sold 75 million.

Switch really isn't looking back. It will soon have 20 million lead.

And 3DS is called a success... This puts the success of Switch to a whole new level...

3DS can be considered as a success only in Japan. Worldwide, launch was a failure, forcing Nintendo to lower the price of the console by 30% just 4 months after its release. This avoided a commercial disaster, but 75 millions in a lifecycle of 6 years stays pretty mediocre (in terms of Nintendo's handheld history).

Was there really any doubt it wouldn't pass it?

I've seen a few people that still doubt that the switch can pass 100 million. If the switch sells at the same speed as the 3ds for the rest of its life it'll manage over 90 million. I think it's safe to say that it will continue outselling the 3ds for a long time so 100 million seems like the lowest it can sell.