As an adult who's become more and more fascinated with horror media, it's amazing to think of how scared I was by some of R. L. Stine's Goosebumps stories.  Although I only remember fragments now, there's something about Stine's propensity to retool terrifying concepts into digestible spooky romps for a young audience; Goosebumps' ubiquity made it the 90s' "baby's first nightmare-inducing story” and courted a lot of controversy along the way.  Past that, individual books & collections have a history of being modestly-priced.  Cosmic Forces' Goosebumps Dead of Night undoes both of those qualities to disparate degrees.

Unbeknownst as to why or how (best not to ask), you wake up in R. L. Stine's study.  Your only means of identity is a nickname: Twist.  The ventriloquist doll Slappy has escaped his book's pages!  Beckoned by the ethereal call of Jack Black (who played Stine in the recent Goosebumps movie), you're requested to remedy this problem by finding all the missing pages and stopping him from unleashing his ghastly friends upon the world. 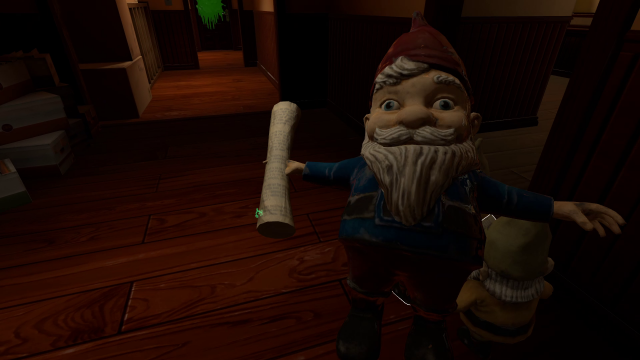 As far as spooky stories go, this sounds... fine, for a licensed game.  One of Stine's most prominent mascots is wreaking havoc and you need to use your wits to stop him.  Some fourth-wall-breaking references smattered about for good measure and everything seems serviceable.  The issue comes back to just how settled into a formula it becomes: make progress, Slappy temporarily halts you with a quick speech, and then continue pushing forward again.  The story just feels like the bare minimum effort was put in between all the set-piece moments it wants to flex.

Granted, it feels weird for me to act critical in this respect too.  This is obviously geared towards a younger audience—as you'd expect; but even by that standard, I don't see this gripping young kids like some of Stine's edgier material.  Aside from some body horror in the conservatory level, it feels like fan service was considered enough in lieu of utilizing tension-building story beats.  Outside a couple of solid jump scares and good voice acting, I'm lost to really find compliments for a storyline without any of the author’s bite. 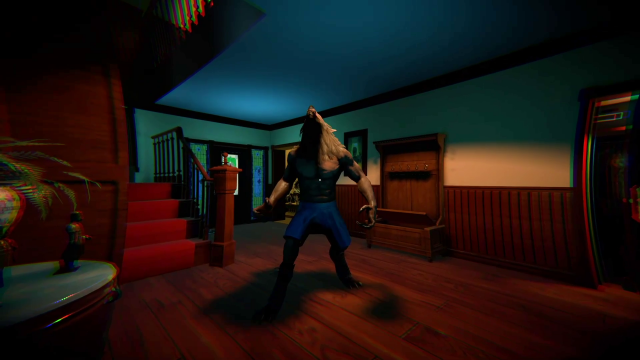 Gameplay does itself little favor as well.  I'm not a fan of deriding Unity horror games as a type of genre-phylum, but Dead of Night really hurts that case.  The baseline mechanics hit routine expectations of being detected, running away, and hiding in some convenient spot.  You may be dodging either an undead patrol, a murder clown, or werewolf, but their execution is quite pedestrian—and occasionally broken.  One of the stated rules about the murder clown comes from him spawning if you've remained in the dark too long; and yet, investigating a well-lit room doesn't prevent him from appearing next to you.  The discount Slender: The Eight Pages collecting template feels padded by temporarily hiding in a broom closet.

For a simple puzzle/adventure design it's surprising to see how sensationally unrewarding the game feels.  Even with sensitivity cranked up, movement feels stiff and sluggish.  The basics of searching through cupboards and items feels like Unity's tools were copy and pasted.  Virtually all tactile interactions I had with the game never clicked with me outside of grabbing and breaking haunted lawn gnomes.

Puzzle design is another drawback for this targeted demographic, failing to reach even those generous standards.  The collect-a-thon for missing pages relies on generous hints and overwrought sound queues versus quality level design; later on, the conservatory has less grating tasks but are nonetheless unexceptional.  Towards the end, Tesla Tower's cool electro-punk aesthetic and its laser grid conundrums are the most successfully constructed.  There's a modest amount of abstract thinking required and the difficulty from the first to third room is suitably ramped up. Plus, your reward for succeeding changes the dynamic of the game.  It's just a shame that those puzzles are short-lived compared to the more generic ideas that come after, including the final battle.

Overall, Dead of Night's design does so little with the time allotted to it.  Each location has a different emphasis with respect to exploration and puzzles, but they've been done better in a plethora of other titles—licensed or otherwise. 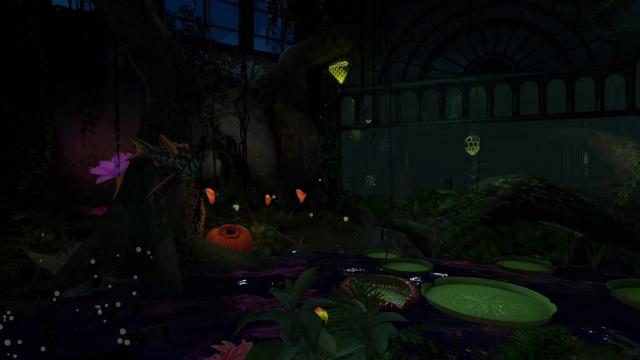 Considering visual & sound design, the initial—and admittedly generic—thought that comes to mind is the Unity engine pipeline.  The scattered properties littered throughout Stine's House seem like straight asset-flips, the more exotic characters seem eerily reminiscent of storefront purchases, and levels are often too contained to feel cohesive.  A few rare moments occur of enjoying what they're going for.  The Conservatory succeeds in feeling like both a blossoming forest and extension of Stine's House; even the door leading to it is overrun with roots and vines.  The jump to Tesla's Tower feels all the more disconnected because of this, though.  These three levels and their occupants is all there is to the game.

Dead of Night's soundtrack seems to be aping the expected template found in the Goosebumps theatrical film.  It runs the gambit of 'spooky' piano keys and other instruments you might hear in the background of a fairground's haunted house.  This safe expectation is no less unexpected for the standard sound design.  The only genuine aural surprises come back to the odd technical anomalies where all sound would cut out.

It can't be overstated enough just how obscenely Dead of Night prices itself.  Selling this game at $39.99 with so little content is downright egregious.  For someone who took time exploring these places and experiencing all the dedicated death animations, I finished it in 2 1/2 hours (if that).  Even with a half-off deal, this might not even come within your dollar-per-hour value demands.  I'd be remiss if I didn't mention how easygoing I can be on this aspect of evaluating games, in favor of the overall experience, but this is a bridge too far.  Cosmic Forces is essentially offering something the length of a feature-length movie at three/four times the theater cost. 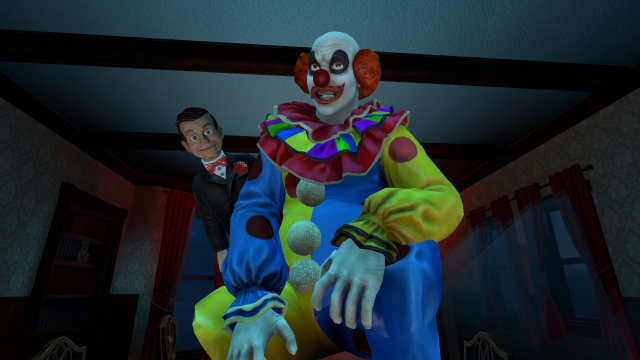 Goosebumps Dead of Night could've been a compendium of the series' best horror iconography and occasional silliness but instead opted to be a cash grab.  I hate rendering such a harsh verdict against Cosmic Forces' work; and yet, everything I'm seeing points to said conclusion.  Its overinflated price tied with woefully unexceptional gameplay rings all the same alarm bells of a typical licensed game.  Because of this, the few solid qualities ring as hollow reasons to justify its existence, rather than building towards a worthwhile time.  For the kid who may pay full price?  This may end up as one of R. L. Stine's greatest nightmares yet—for all the wrong reasons.

This review is based on a digital copy of Goosebumps Dead of Night for the XOne, provided by the publisher.

Yeah. The trailer did not fill me with confidence, and I see the end product was even worse. It's sad that there are so many game-worthy IP's (this and Adventure Time comes to mind) that fail with pretty much every implementation, but could be so special if given the time and budget.

I'm with you there. I could see something truly special made from this franchise under better circumstances. An interesting tidbit a friend/sworn nemesis told me about Goosebumps: there's two different levels of approval in the final result. You only know R. L. Stine has signed off on it when his name is somewhere on the front cover. That may come off as 'vanity protection' but it does suggest a fair warning from cash-grabs like this.

Nice :-D That's actually a pretty cool thing to know, considering that the milking of the franchise will probably go on for a while :)))