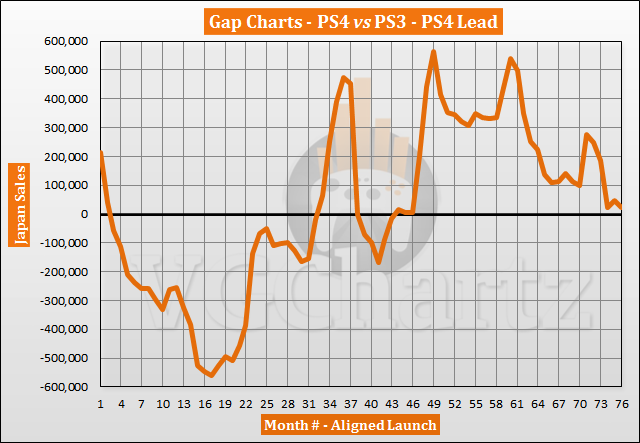 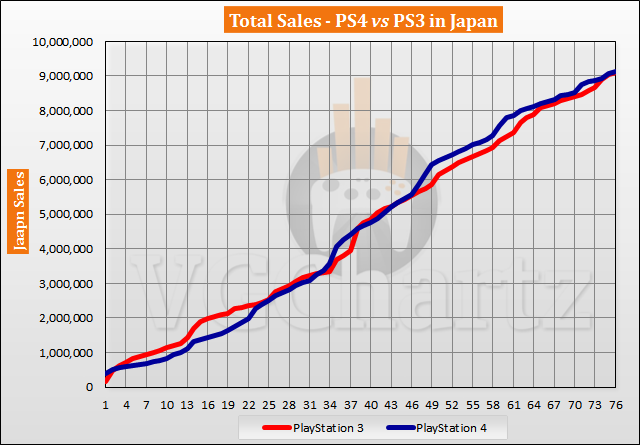 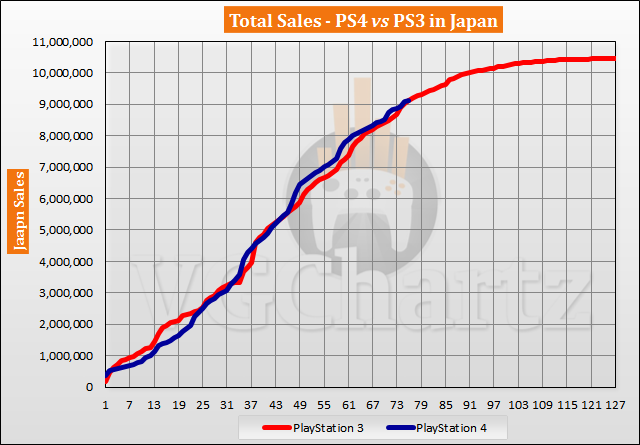 Basically neck and neck at this point. I don't think it will outsell ps3 considering how strong the switch is in japan and because of the launch of the ps5