Animal Crossing: New Horizons (NS) has remained in first place for another week on the French charts in week 23, 2020, according to SELL. 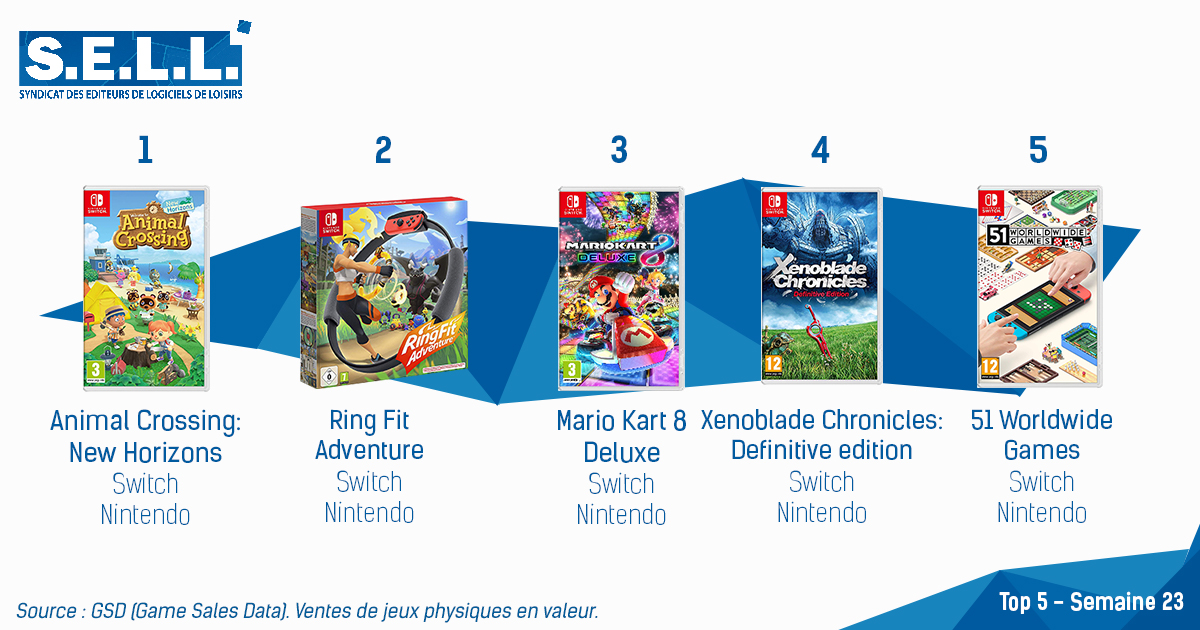 AC is very huge. In Japan there is New Leaf after 7 years in the Top 30.