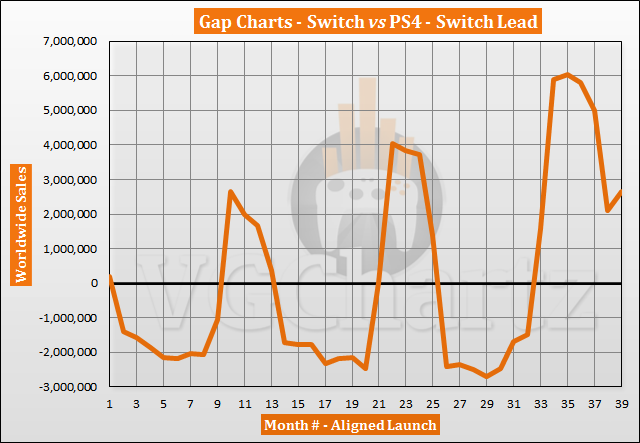 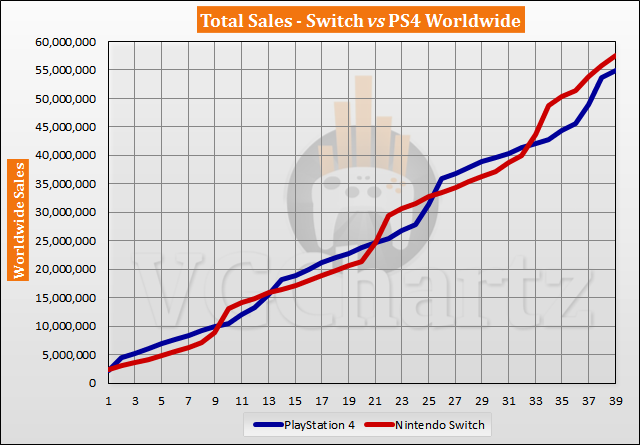 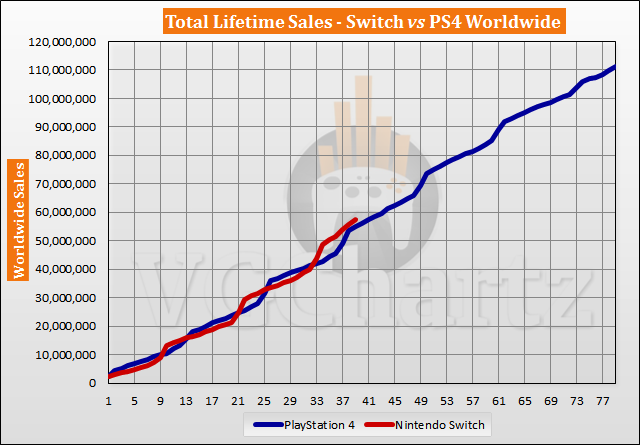 Oh, I wasn't aware the double helix is already broken. If Switch can keep the current crazy momentum it might stay ahead for the next PS4-holidays.

I actually thought it would be close to a cross again, but a 2.6 million lead for Switch after PS4's holiday season is way above my expectations. Animal Crossing and/or Covid boost obviously helped a lot.

Switch is a monster !

WOW, 5 million more sales for Switch within the last 12 month really is a big deal.

We had threads predicting Switch's doom...

Switch's lifetime duration and consistent game releases will decide how this race will go. The pandemic helped alot, i think the new gen will somehow slow it down even if marginally. The coming holidays will be very interesting.

So as it helped the PS4, and the Switch is a hybrid having mainly its use as a nomad console, the PS4 is a static one, the COVID should have even helped more the PS4 than the Switch. I am not living in a country which had severe lock down but if I had to choose one to stay 6 or 8 weeks in lock down, it would be the PS4 with no hesitation.

The pandemic helped all consoles, but the switch got the strongest boost being currently 4 mil YoY over last year in same period. Ps4 currently has the largest library, it's good to have it during the lockdown.

Still doubtful that Nintendo can beat it in the long run, but it's looking less like a crazy prediction each month.

Thing is Nintendo has used most of their big guns already. With the sort of exceptions of Mario Kart and 2D Mario, pretty much all of their big sellets have been released. I'm curious to see what Nintendo has planned if they really expect this to last 6+ years on the market at near these levels.

Nintendo has a lot more to give than you think.

I understand where you are coming from, there are sequels to games, 3D Mario games traditionally haven't had a sequel, the main exception being Galaxy and Galaxy 2, which sold around 60% of the original game's sales. It's hard to say how a sequel to Breath of the Wild would sell, as there has typically been large differences in situations of Zelda sequels (Zelda 2 was completely different from the original, you needed the expansion for Majora, Twilight Princess was sold on 2 different consoles, but if memory serves correct sold admirably for a split system release, and Skyward Sword was very different than Twilight Princess). Metroid Prime 4 is in development and would be the first Prime game in over a decade, and if it is good could probably sell 5 million, assuming its a similar transformation in sales like Zelda. A 2D mario game could sell well, but I think it is for the better in terms of sales the longer they wait, but not too long. It kinda seems like they are trying to serve to more niche audiences right now, with the return of Paper Mario, Fire Emblem, publishing Astral Chain, remaking Link's Awakening (which is nothing like BoTW in terms of gameplay), Xenoblade Chronicle Definitive Edition/2 and Metroid Prime 4 also shows this. While I did call them niche, these are all multi-million sellers, which means nintendo is employing a strategy of building quick momentum, and conserving it throughout the year with minor hits, and serving the holidays with a major one and a minor one.

I think people misunderstood me. When I said I was curious, I meant that sincerely. I'm a big Nintendo fan. I'm hoping they can pull it off. And if they're going to do so, they're going to need some big games. Since we know next to nothing about what's coming to the system beyond Bayo3, MP4, and BOTW2, I'm genuinely curious/excited to see how they plan to keep momentum going.